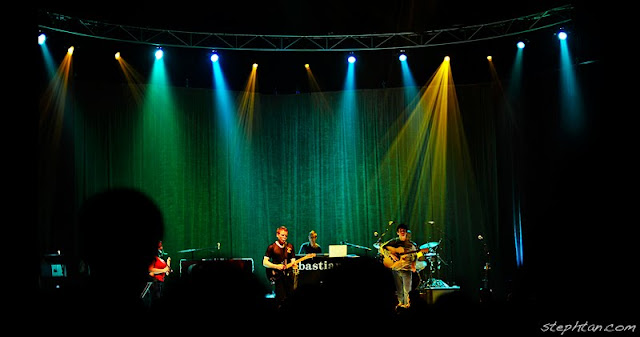 indulging my fan girl tendencies. belle and sebastian performed at the concert hall in esplanade, in the presence of 1,800++ fans. despite the size of the hall, the crew managed to keep the feel cozy and intimate. always loved b&s quieter songs which have a very hippy nostalgic feel. when it came to upbeat songs like the popular favorite 'boy with the arab strap', i was pleasantly surprised to see fellow fans standing up and grooving along with the music. the last concert i went to in singapore, everyone was sitting stock still despite the upbeat tunes.

photography was not allowed, but everyone else was shooting the band with their off-camera flash on, it felt ridiculous to restrain my itchy fingers. at least, i shot without using flash. =) 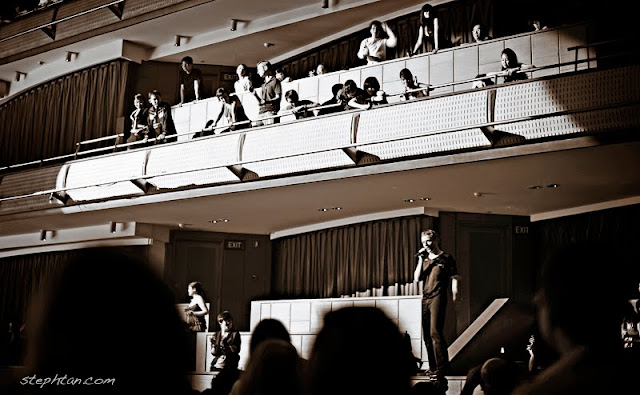 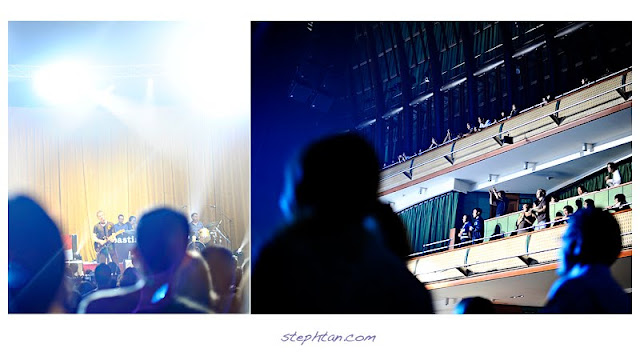 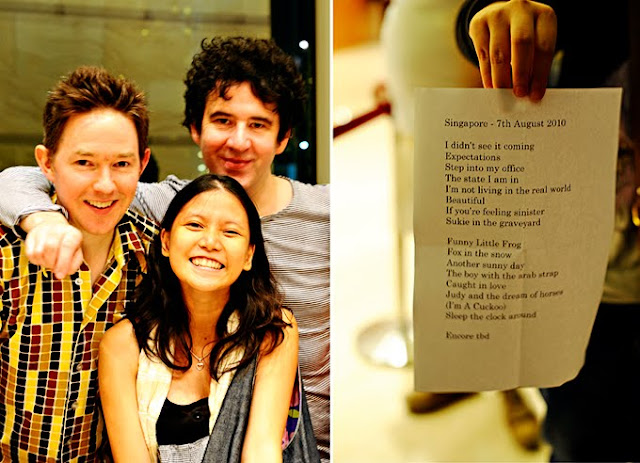