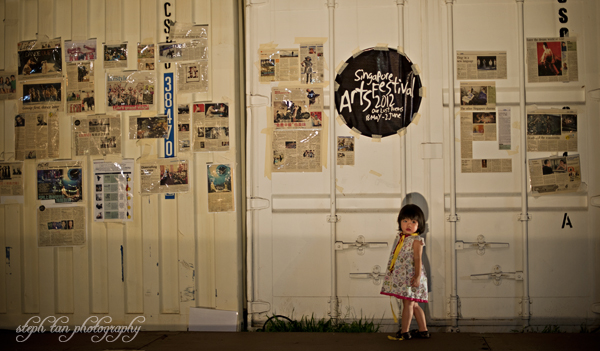 we went to the singapore arts festival a couple of times because roo and red loved taking home the colorful stretchy string from polyglot's interactive tangle installation. we still have them lying around at home and roo uses it as a harness for red whenever they play horsie. eeks.

when i heard from a friend that they were having a public garden flea market in the same area, it was a good enough excuse for us to go a second time. we met 'boxheads' this time around. 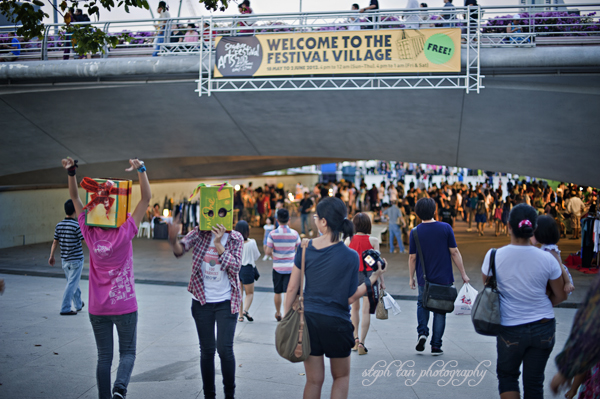 we were greeted by a beautiful dahl quote right at the entrance to the flea market. i took it as a reminder not to lose faith and childlike curiosity as we traverse these jaded times; a message which was very timely for me. found a few things i wanted to pick up, but all the things i wanted were not for sale. they were personal property of the vendors, and were only being used to showcase their wares. 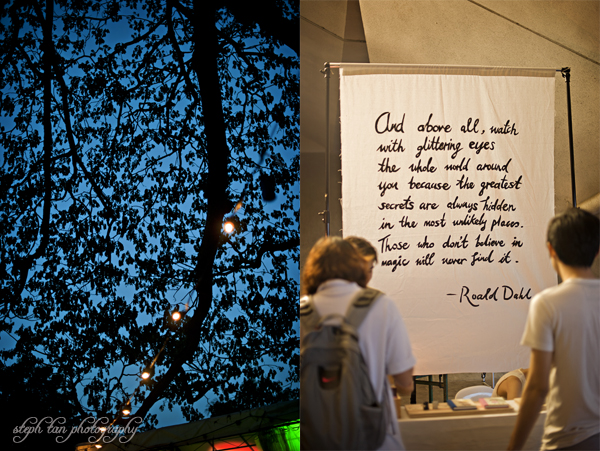 loved this 'dream mailbox' which i hoped to add to the trinkets in my room. (but alas, owner was not selling it despite roo and i pulling dramatically sad looks while pseudo-begging for it!). roo assures me that it's ok, and i'll find another one. the little ones feel so grown up sometimes. 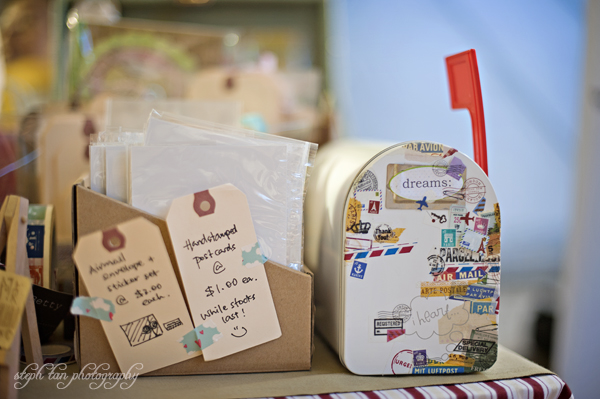 roo and red explored around while lady L and i read letters. strangeposts shares letters randomly addressed to anyone under the sun -- including a happy passenger to a chirpy bus driver of a specific bus route, a helper to a columnist who wrote about F Sionil Jose, and even one's future children. 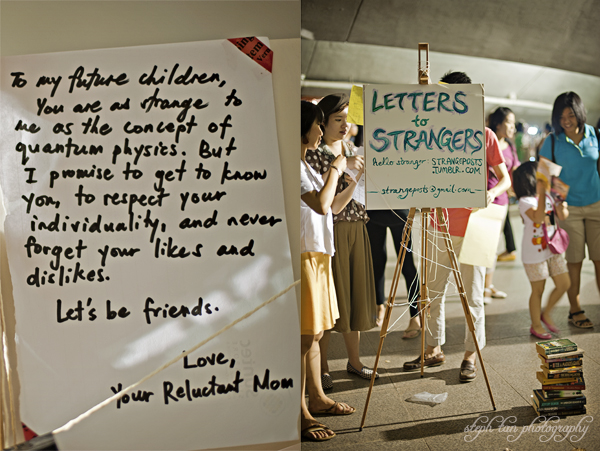 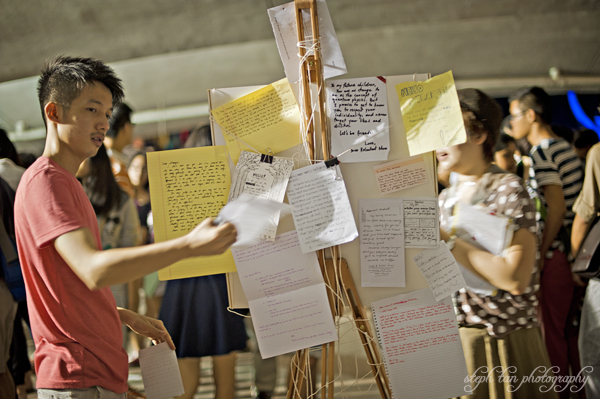 after the flea market, it was back to being 'tangled' for the little ones. there were other exhibits and events for grown ups, but we only had time for the kids arts village, and even then, i didn't really manage to engage roo and red in the other exhibits (spooky stories, or splash art). they were too fixated on free play at tangle and the strange creatures at esplanade to enjoy anything else. i think for most moms, tangle was the defining exhibit for this year's festival. arts fest is taking a hiatus next year to reinvent itself -- and we're looking forward to what they have in store for 2014. 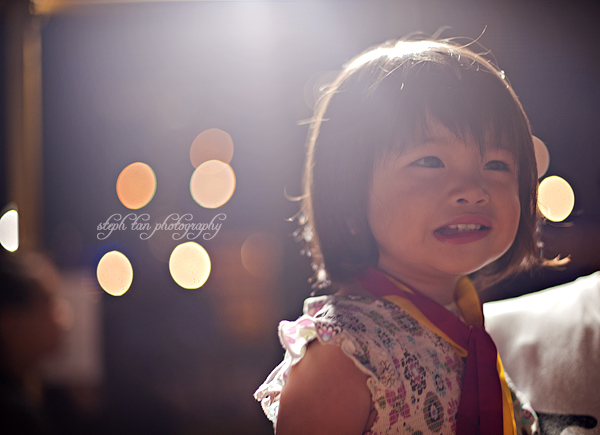 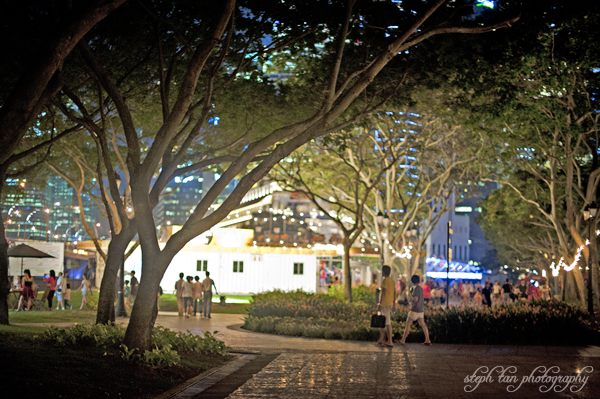 Lovely post! We didn't know about this, or we'd have popped on down. Lucky you for catching it! That was a nice letter from the Reluctant Mom. Love ya pix! :)Oh, and was great meeting you guys the other day!