for roo's birthday, we agreed that she would have to list out the three gifts she'd like to receive. we try not to drown her in gifts during her birthday because we want her to appreciate what she has, and to work for what she does want to have. i probably sound like an old record to roo whenever i talk about how fortunate she is, how there are many out there who go by with so little, how we mustn't buy things just because we can.

her list this year is simple (1) roller shoes (2) balloons, and (3) any gift from her school friend, E. thought her list was reasonable, and that her #3 was indicative of her valuing relationships more than the gift itself. i love that she understands our limited-gift-policy and has even started to take pride in it. i hope i'm getting through to her on the awareness of what is 'enough' and the idea of living well by living simply. 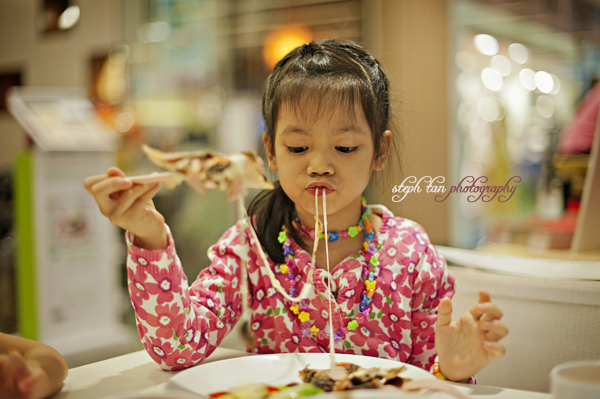 having postponed roo's party, our agenda for the day was blank. we were still sick, but figured a compromise would be a simple celebratory meal outside, then a quick pick-up of her roller shoes, and finally run back home to rest and recuperate.

somehow, it's never as quick and easy as i imagined it in my head. the meal was easy enough. roo and red are good eaters and i adore that about them. the roller shoes gave us an adventure... 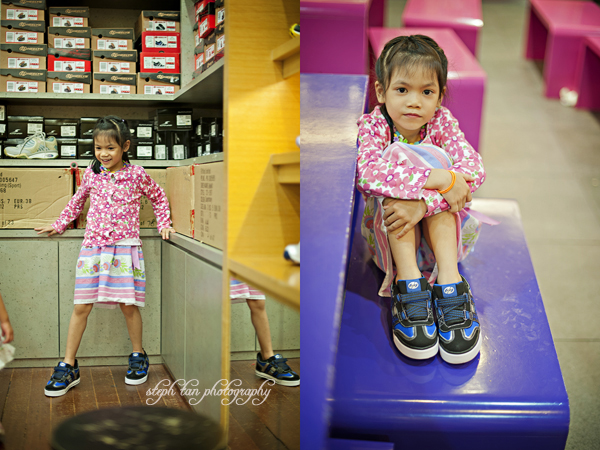 we went to toys r us to look for them, but they only sold inline skates. dropped by metro at paragon and they didn't carry any. walked over to OG at orchard point, and they didn't have roo's size. they also had a limited selection in colors, the smallest being green. roo promptly scrunched her face in distaste and went back to browsing barbie when we showed her what was available.

finally, took a cab to great world city for the heeley's shop, and they only had roo's size in red and blue. they don't have anything in pink or purple! i thought roo would quibble about the color as she's always been quite particular with her things. 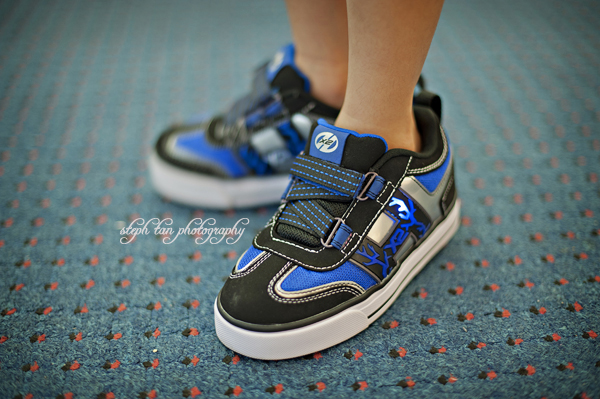 when roo saw the blue shoes though, she was nodding her head emphatically and exclaiming, "i like it!" fitting and trying it at the shop, she had such a bright smile despite her wobbly legs. after two and a half hours of hunting down these shoes, feeling faint with physical weakness, we finally found something she's happy with. she was so thrilled with them, she wore them all the way out of the mall and back home. thankfully, our lifesaver is in the pink of health again, so she slipped, rolled, and waddled roo over to the taxi stand. 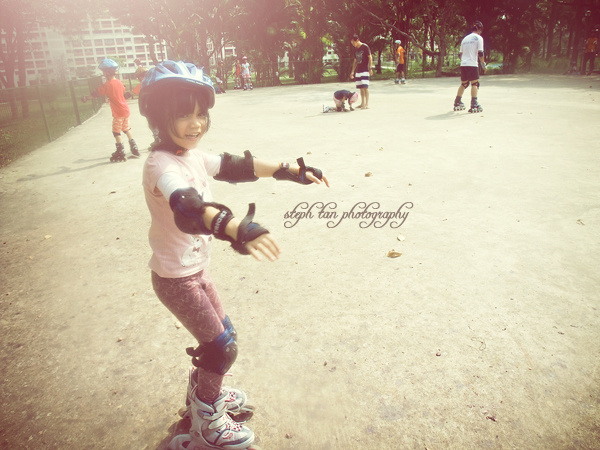 about a month ago, roo and i went for some inline skating lessons. she did well and was rolling on her own after a mere 20 minutes of basic instruction on how to fall, how to pick yourself up, and how to move. i thought inline skates and heeleys would be similar. 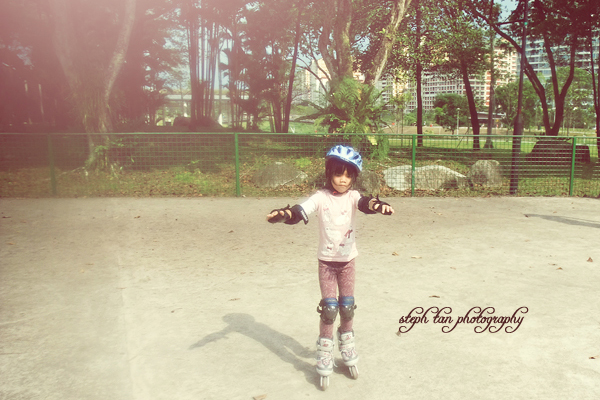 so the morning after her birthday, we dragged ourselves to the park to test out her new shoes. 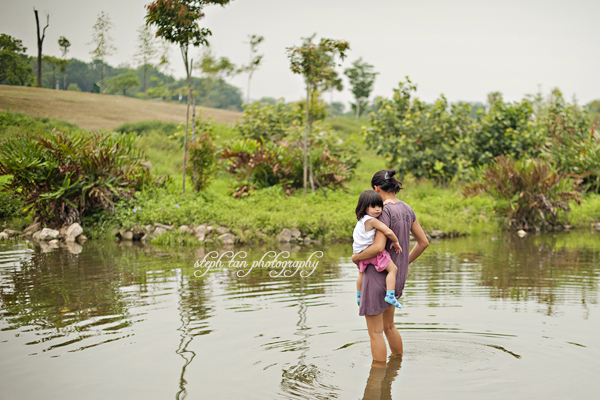 red wanted in on the action (as usual)... 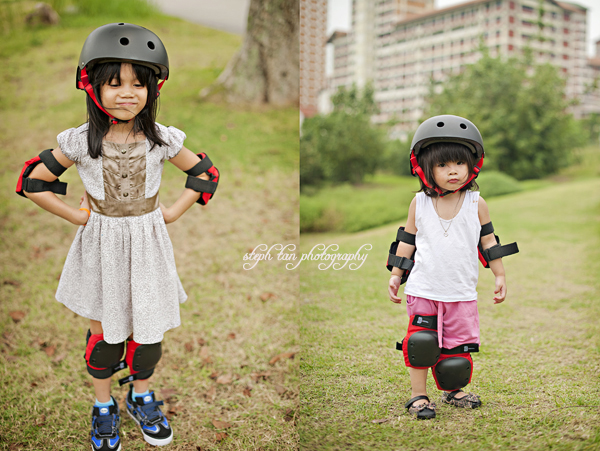 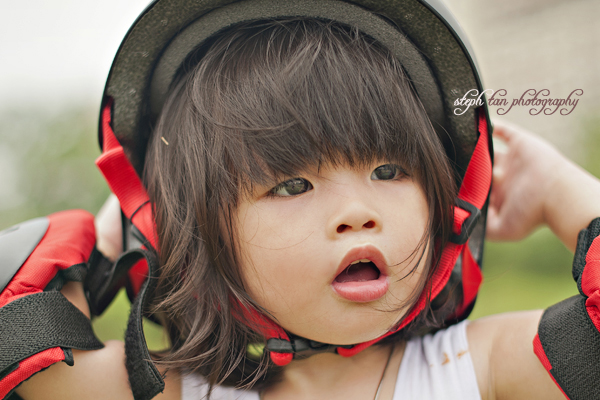 we rolled a bit, and i taught her using inline skating principles, but i now realize they are fundamentally different. there's a long way to go before she's moving smoothly. i do love the wobble-wobbles, and the look of determination on her face as she tries to figure it all out. 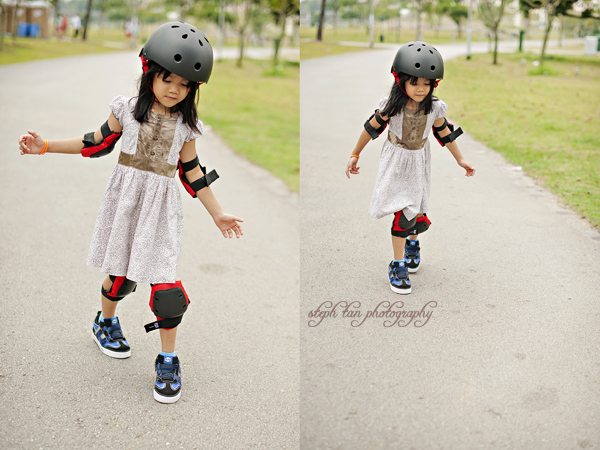 will be setting an appointment with heeley's instructors (complimentary with the shoes!) so roo can speed through the park next time we go. 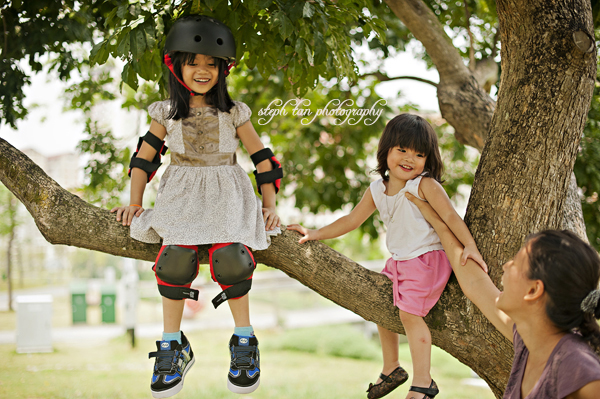 two things off her birthday list: roller shoes and she did get a free balloon while we were looking for shoes at paragon. final gift is coming during roo and red's party!
by libpuritan

Heeleys are such a long lasting fad. They were popular ten plus years ago and I can't believe they are still around.

By the way, I love your three gifts restriction. I am trying to teach my kids to treasure what they have too so we are decluttering at the moment. Thanks for sharing!

Precious pics... no doubt helped by the gorgeous subjects! :)

Only found out about the brand when we hunted down Roo's gift. I didn't know that Heeley's were that old! The concept is simple and fun; definitely has the makings of a classic toy/shoe.

I didn't know one has to practice to be able to roll on Heeleys! I just thought that you put on the shoes and off you go! Haha...I thought wrong. :P

June, I didn't think it would be very challenging too. Roo just walks on tip toes when she gets tired of trying to heel. But the kids can get into nasty accidents once they start using the heel wheels unless they know how to do it properly. :)