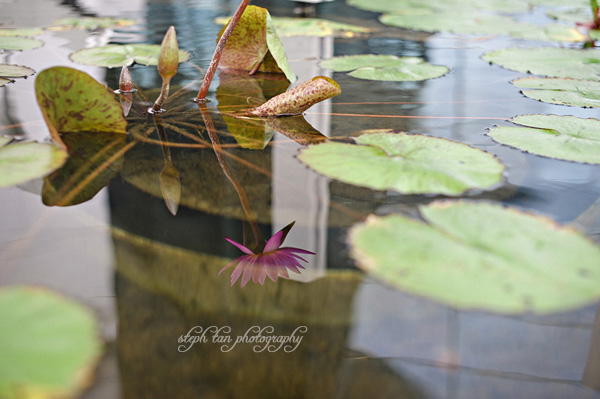 Super Sundays. We've often wondered about what the inside of the Art Science Museum looked like. We've sat several times by the entrance of the museum, appreciating the pretty lilies in the pond that surrounds it. When we're in the area, we like lounging along the shaded sitting spaces as we contemplate the colorful Singapore skyline.

The kids are currently in a "builder" phase. They love wooden blocks, lego blocks, and pieces of train tracks that they can put together to build something that's their own. The few trips to Legoland further feeds that interest too. So when I told them that this exhibit was all about a boy who made many things using just lego bricks, they were sold on the idea. "Yey! We're going into the spaceship!"(Red kept nagging me about going back to Legoland after that.) 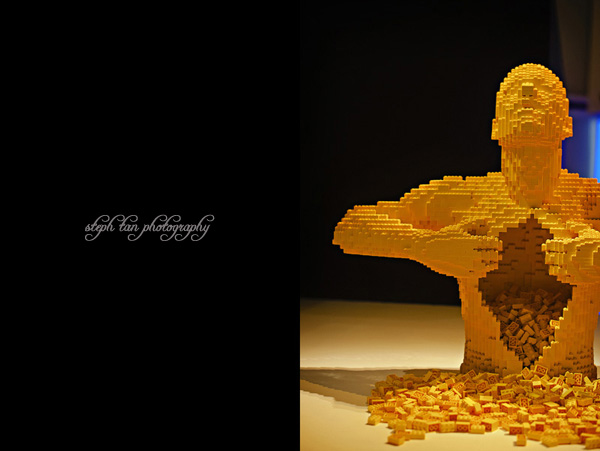 Roo really soaked up the Ipod Touch guide, and went through the exhibit contemplatively listening to the explanations on the pieces she found interesting. 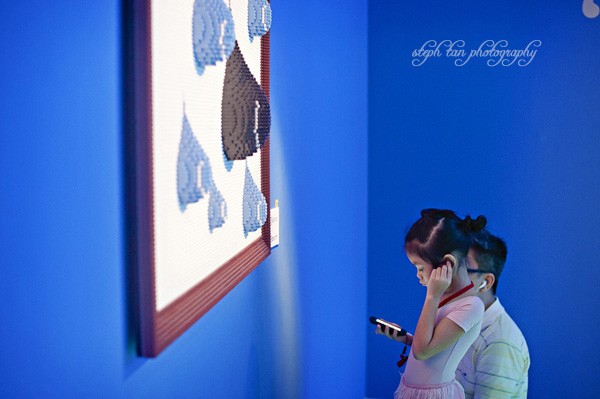 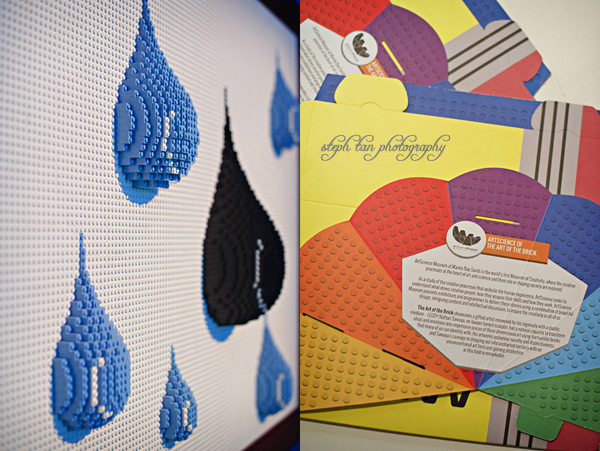 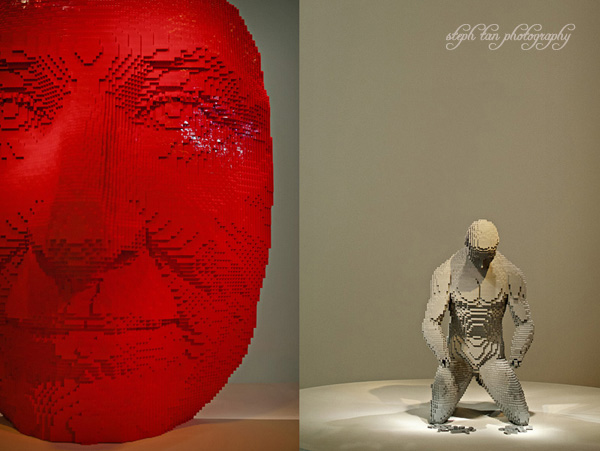 The piece below, called 'Step Ladder', is my favorite. A quote from Karen Ravn immediately came to mind "Only as high as I reach can I grow, Only as far as I seek can I go, Only as deep as I look can I see, Only as much as I dream can I be." And I do love the double-edged meaning, which is not all positive. While we can enable ourselves to reach higher, we are also equally capable of pushing ourselves down. 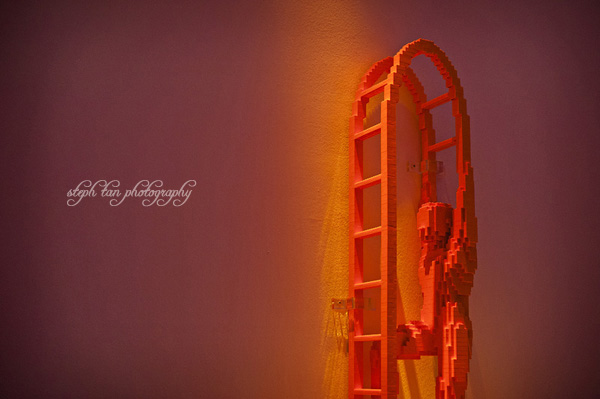 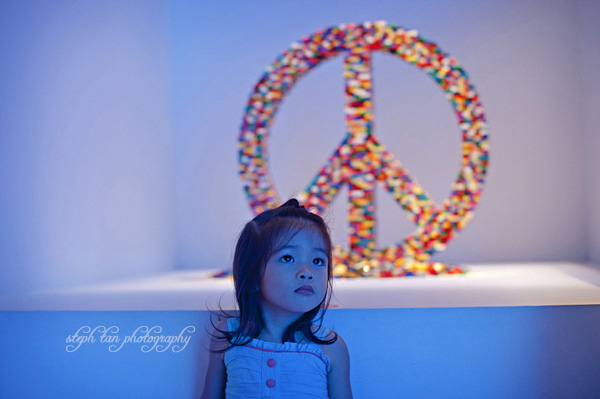 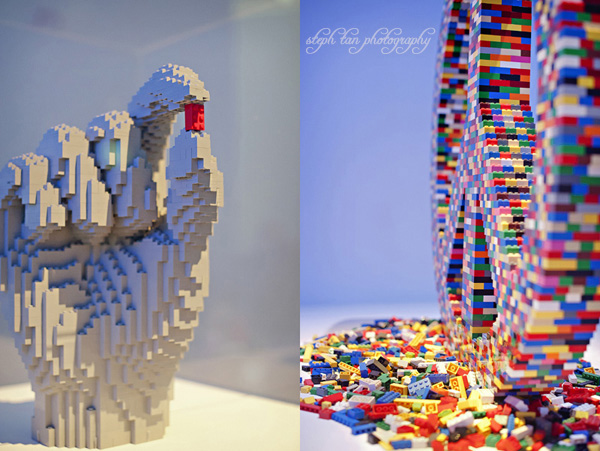 Red loved playing with the lego blocks, and messing up everyone else's handiwork... 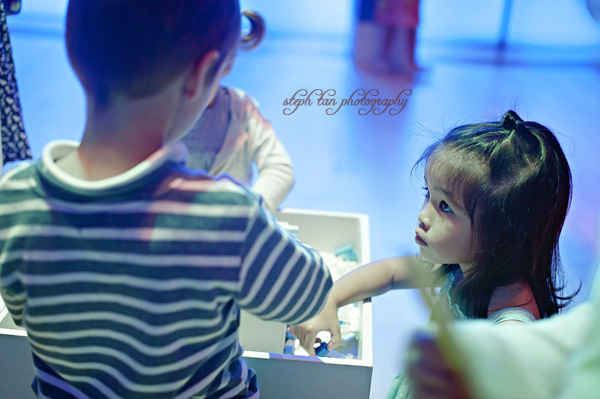 I thought it was sweet that the artist created Lego portraits of his wife. I like these pieces, especially the yellow one above, because they feel a lot more earnest and personal. 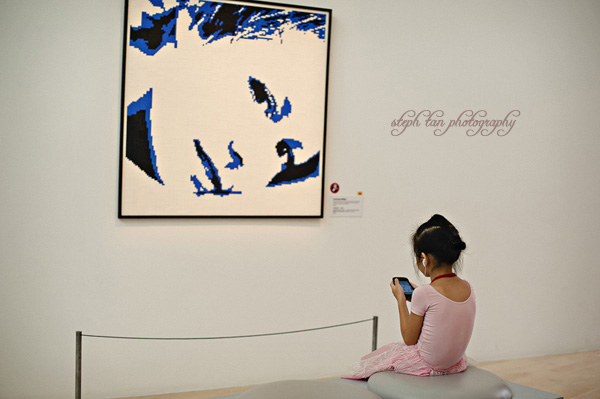 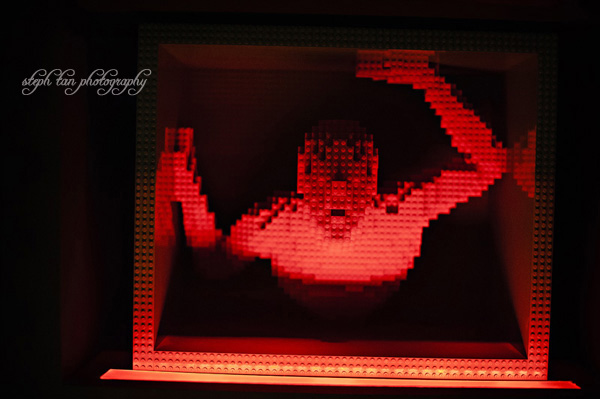 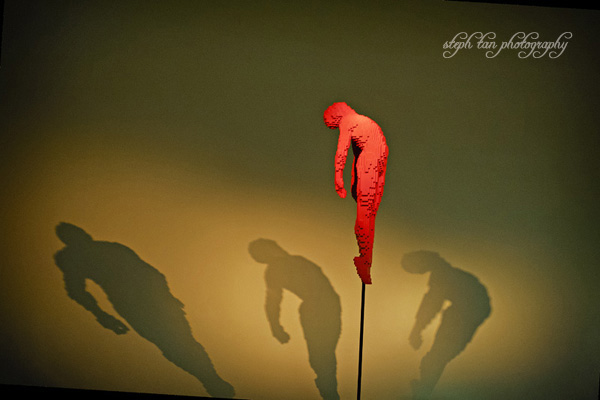 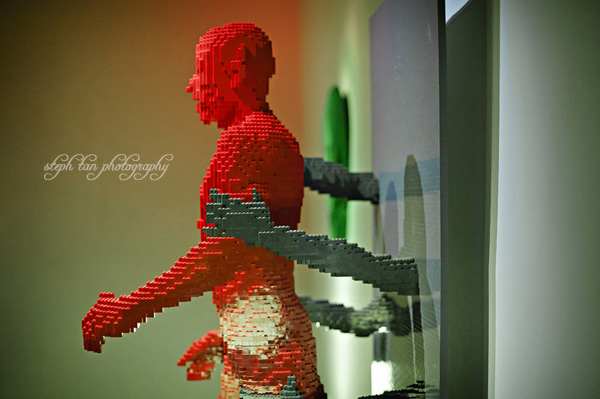 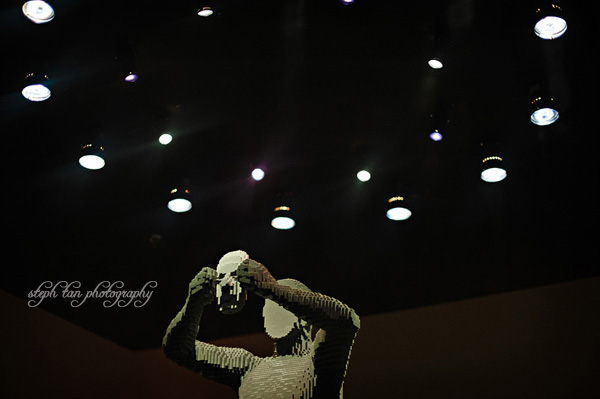 Love the effect of the colored shadows. 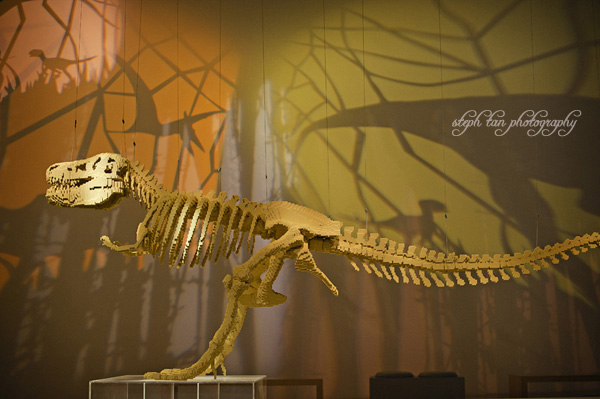 At the end of the exhibit, there was an the activity hall, where we could let the kids play as they wished. 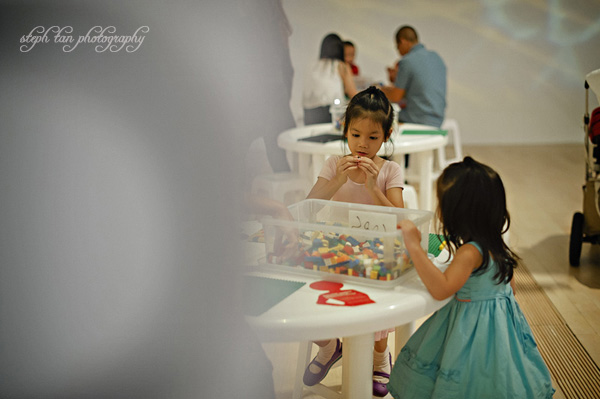 And that was it for Super Sunday. :) We might check out the Mummy exhibit later on. For details on the Art Science Museum, you can find the link to their official site here. 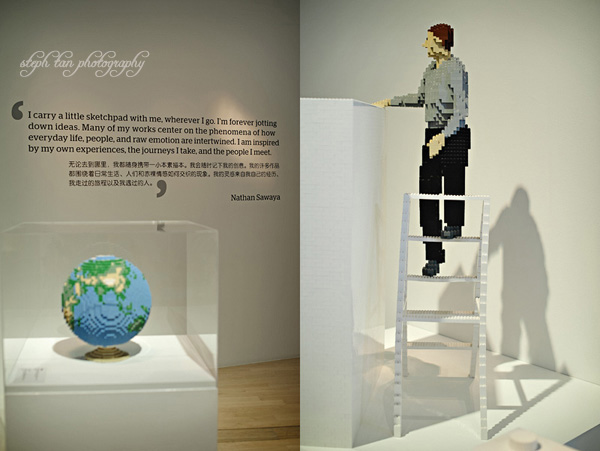