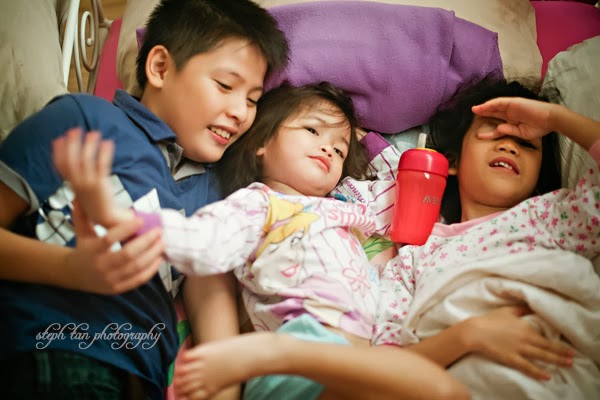 On December 16, our hearts were broken. My younger brother, J, tested for the international admissions test here in Singapore -- and we were all hoping and rooting for him to pass the exams so he could study and stay with us. We were all preparing to welcome a new addition to our home -- someone both Roo and Red enjoy immensely. "I'm going to be a middle child," Roo squealed excitedly, every time we talked about J coming over. 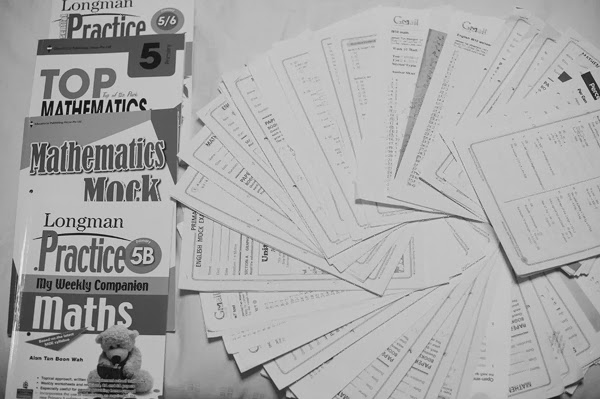 After 12 weeks of intensive reviews, going through 3 Math and 2 English review kits, hours upon hours of web chats, and countless sleepless nights spent learning about effective teaching methods and checking test papers, we found out that our efforts were NOT enough.

He does enough to get by in the Philippine system, but the education standards are not the same. Primary school Maths in Singapore boggles even working adults, and there is high expectation on the quality of compositions kids are able to write. 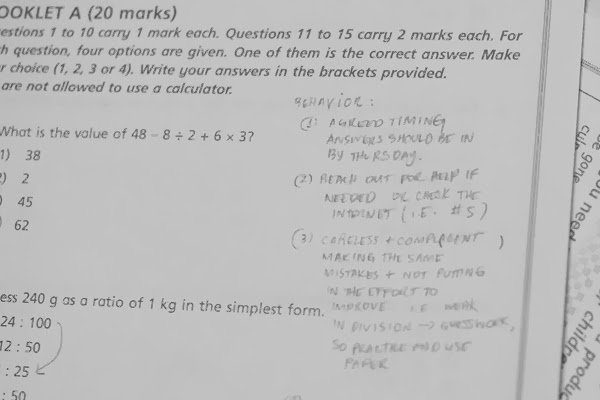 Coming into the decision to try for the admission test, the grown-ups knew the challenges. However, I'm not certain J fully understood the gravity of it all. 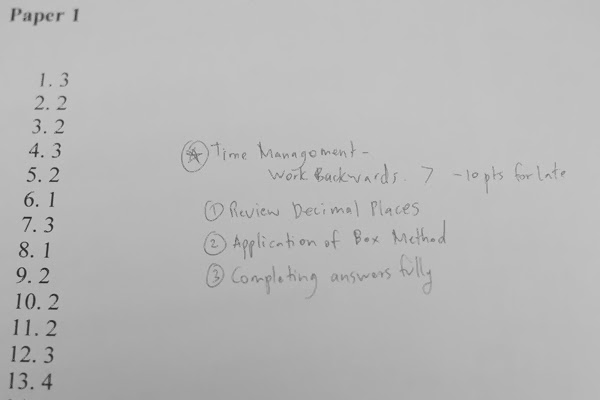 The biggest realization for me was that no matter how much you want something for someone, if they don't want it bad enough, and work for it hard enough, it will all be for naught. Perhaps he's just not ready, and more needs to be done to prepare him for the transition, but there is much he could have done differently which may have swung the results to his favor. The key thing is that he just didn't try hard enough.

I take this result not as a "No" but more of a "Not Now. Not Yet." I just hope he takes it the same way, and learns from the experience.
I post this entry, with J's knowledge and consent, to remember and immortalize failure. This is because not passing the test may be disappointing; but not learning anything is an even bigger failure. I want him to succeed in life, and to do well in the meaningful endeavors he chooses. And it's not simply a matter of grades, but more importantly, about DISCIPLINE and ATTITUDE.
DISCIPLINE

When we started the review, he scored 23% on the first test. It helped crystalize how much work needed to be done. It also identified his weak spots, and there were plenty. His fundamentals on decimals, fractions, and division were weak. He didn't have an analytical toolkit to manage problem solving, aside from guesswork. Beyond the lesson, he didn't have the discipline to stick to timelines he had personally set and agreed to, and would try to wiggle as little time for the review as possible. We set to target a score of at least 88% by the end of the reviews -- but he never got there.  The highest he ever scored was 66%, and his scores were inconsistent, swinging from passing to failing from one week to the next.

As the test date drew closer, I was hoping he would be worried. Worrying meant he cared enough about the results, and perhaps will compel him to do more to get ready. But instead, he became even more careless and complacent, and didn't even complete the final 2 papers I asked him to work on the day before the exam.

I heard of heaps of time he spent in Minecraft. I heard excuses, where he blamed other people, other things, other factors -- all except himself. This was the most disappointing thing of all. Perhaps I shouldn't be so surprised he didn't pass at all.
I have much to thank H for -- for being supportive of the decision to try to bring J over, for making room in his life not just for me, but also for the people I love, and for the many quirks that come with my person.

FOCUS
H gamely brought J to the testing hall in my absence, and shared with me stories about how the other kids were still studying, trying to squeeze the most of their time to hone their knowledge, even in the minutes before the exam. They were flipping through books and reviewers in the waiting areas. To J, it seemed like just another day. To the rest of the examinees, they recognized the importance of doing well, and committed their time and actions to that objective.
HUMILITY
When J stepped out of the testing hall, I was there to meet him, having just arrived straight from a flight. He cockily bragged that he thought he did well on the test. With a dismissive tone, he shared that the tests I gave him were a lot harder. With sheer baseless arrogance, he sneered that the other students looked like they didn't know what they were doing. I told him it didn't matter to me how the other kids did -- but I cared a lot if he did well.
In life, we are not often given second chances. It's good to commit to getting it right at the first try. But even when we fail, as long as we try again, smartly carrying lessons from the past, we can create opportunities for ourselves. By far, this is not the end of the line for him, but there are lessons here which I hope he will carry through life.
So J, please please please, learn from this experience. Coming from someone who loves you dearly and wishes many good things for you, we will continue to support you to become a better person -- but we can only do so much. It's up to you to make it happen. 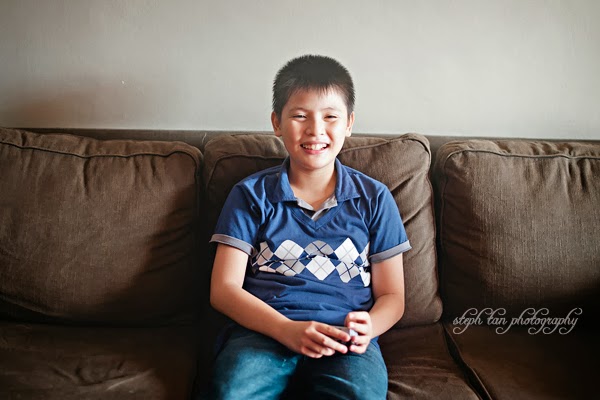 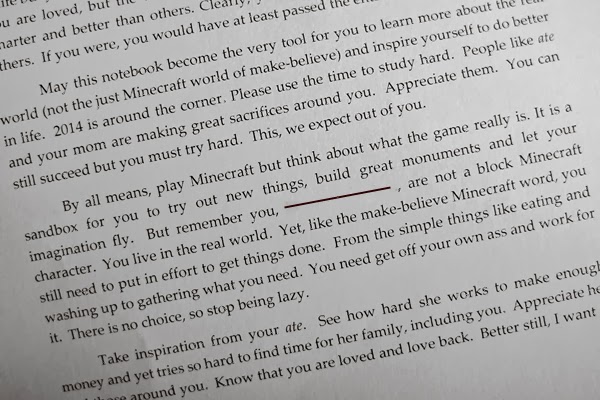 Hi Steph!
You've put it so beautifully - if someone does not want something bad enough, they won't work for it. Well, he's 12, and at 12, things like Minecraft are definitely more important (or at least more interesting) than studies.

Yes, it may not be NO, but a 'not at the moment' for now. Perhaps in a couple of years he will look upon this and remember the lessons. Not those that you went through with him through webchats, but those of the values that he indirectly learnt through this whole process. Like humility.

So many things in this post! So much emotion! How lovely it is that Roo and Red get on so well with J. How wonderful it is for your hub to be so supportive. How nice you are to be such a good older sister. My youngest brother and I have a huge age gap too, and have so little to talk about. That you would open your house and your heart to yours to live with you, it's so wonderful.


ps
I had my version of Minecraft at 12 too. Friendship bands I think. And at 16, it was decorating photo frames with fabric.

Thanks Adora! I do hope you're right that this year's failed attempt is simply a 'not at the moment.' He's a wonderful boy, and while there are many things he can still improve on, I may not have done justice to the goodness he already has. :)

Your version of minecraft sounds a lot more "useful" than online gaming! :)