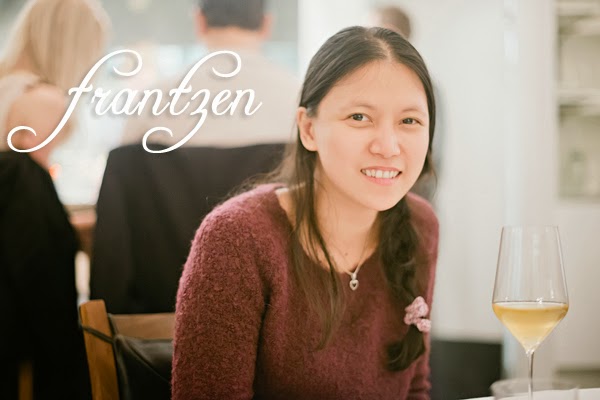 Slowly working on my favorite images and stories from Stockholm, and the Frantzen Experience is definitely among the most memorable. It was my first time dining in a two star Michelin restaurant. We had carefully selected Frantzen, and were influenced by the #12 position it holds among the Top 50 best restaurants as ranked by Diners Club International. We were on the waitlist for a while, before we managed to confirm a table a few days before our preferred date.

The first thing to know about Frantzen is that while you can expect a 21-course meal, there is no menu. Well, there is, but it's pretty sketchy. So we didn't really know what to expect. In Bjorn Frantzen's own words, the restaurant is about "finding the best ingredients the whole world has to offer." The final dishes that are served in the table are highly dependent on the availabiliy of produce, which are mostly sourced in and around Sweden. I've learned that you only truly fully appreciate each dish once you know where it came from.

We were greeted by a doorman with a bowler hat when we got arrived at the restaurant. At first, I thought he looked like a brooding assassin waiting for his hit, but you can see he's a very friendly chap, especially once he smiles. :) 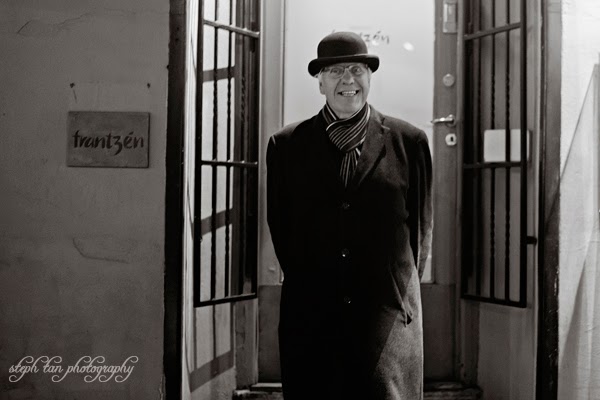 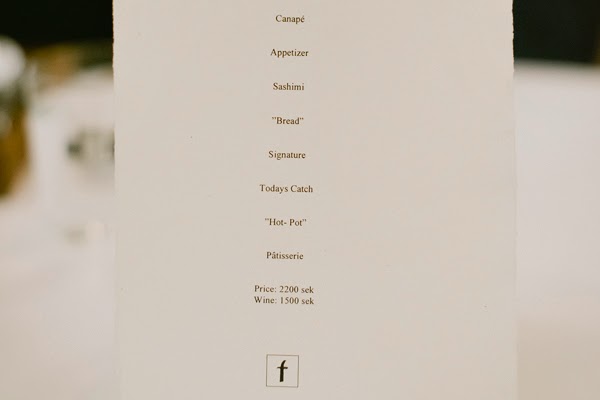 It's both refreshing and reassuring to have a feel of the close relationship Frantzen maintains with their suppliers.
Frantzén/Lindeberg – The Ingredients from vdKG Design on Vimeo.

The restaurant can seat upto 18 guests, and is run by almost the same number of staff. It felt like going into a chef's home, and he just happened to be throwing a dinner party with fellow chefs. As they worked through our meal, they shared what they were doing and where each of the ingredient came from -- and although a significant part of it flew over my head, the relaxed vibe made it easy to ask questions and appreciate the careful selection and expertise applied to craft our meal. 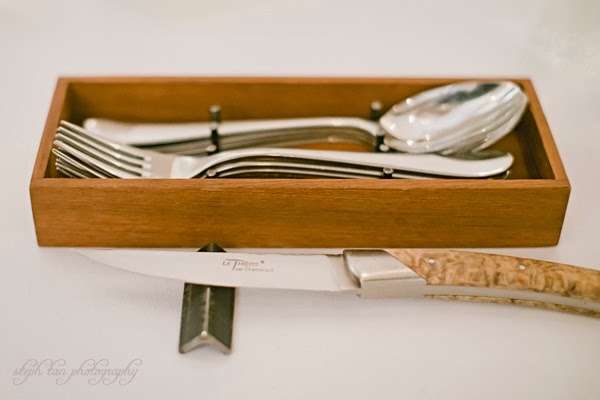 Canape: We started off with five perfect little amuses bouches. My favorite one's on the right -- Blood pancake, caramelised foie gras, and mushroom. 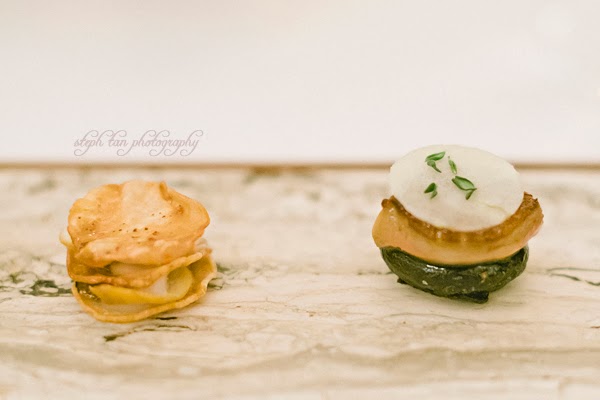 From the left: Pomegranate macaron with liver, Can't quite remember what was in the middle, and on the right is 'Vichyssoise', deep-fried crisp potato strips with Gotland truffle. 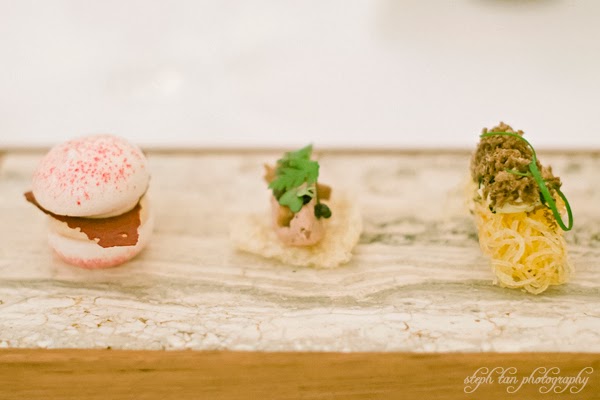 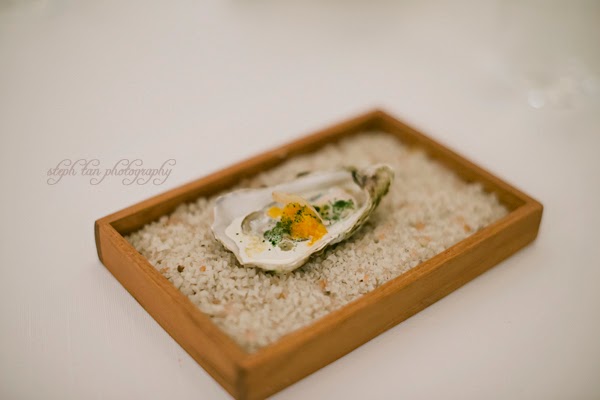 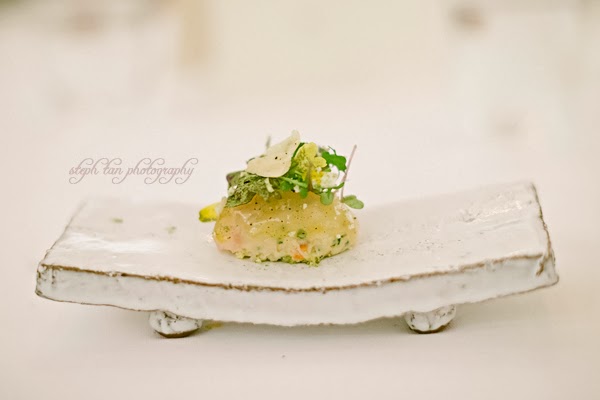 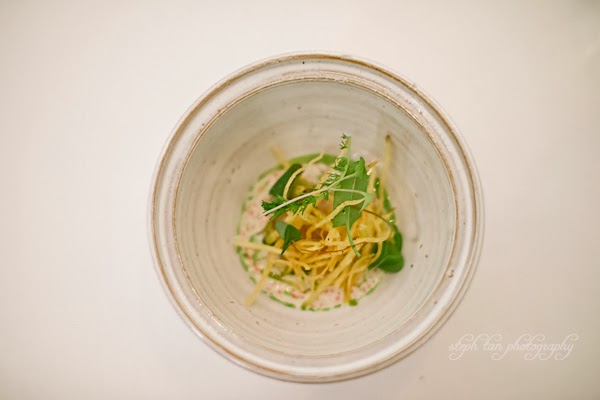 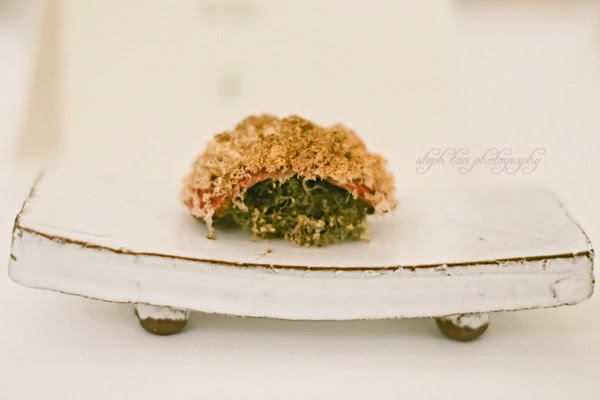 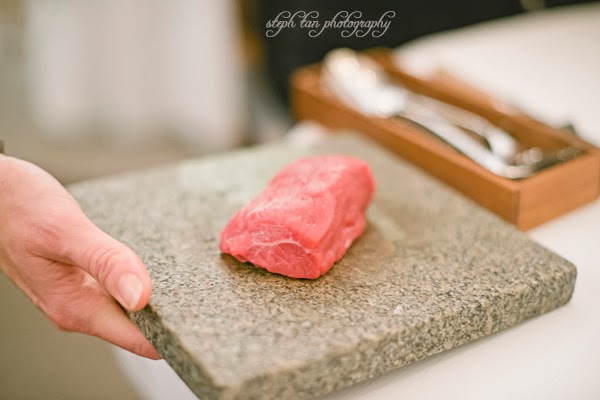 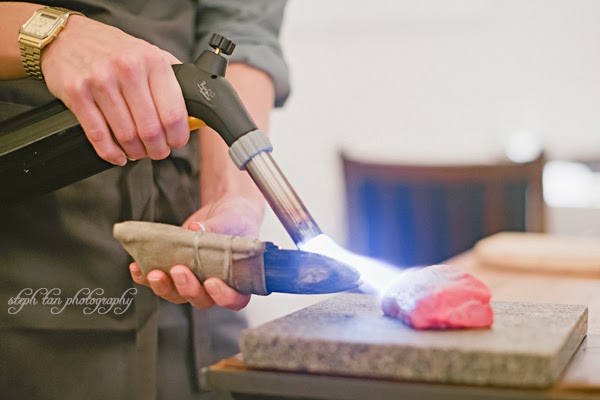 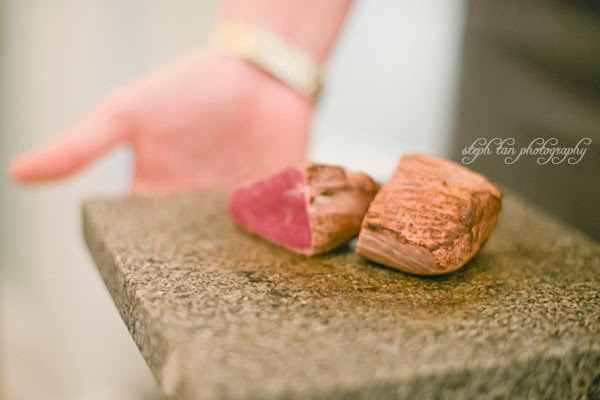 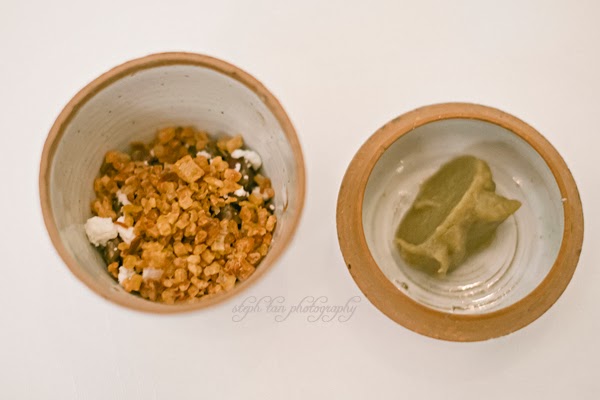 "Bread": Or at least the deconstructed version of it. Fermented Rye bread, cep mushrooms, and soured milk, with smoked bacon fat. 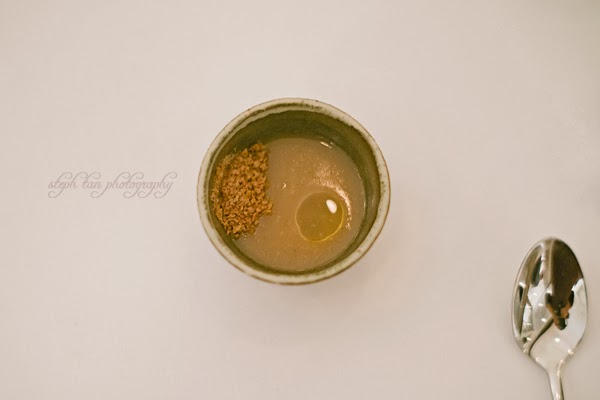 Signature: Scallop (from either Trondheim or Hitra) with shaved truffles and first egg from Iberico hen. Once we had finished up the scallop, they poured dashi stock onto the shell. The stock was made from dried scallops, yellow chanterelles, seaweed and dashi. It was perfect as we couldn't get enough of the delicious scallop, and were happy to drink up all of the remnants of it from the shell. In fact, at our request, they even washed the shells and gave it to us to bring home. This dish is top of mind when I think of yummy things. 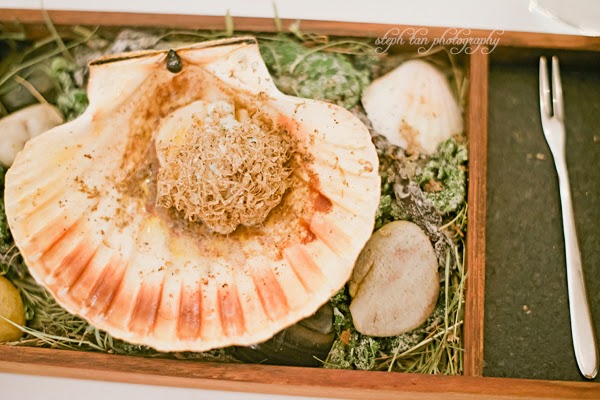 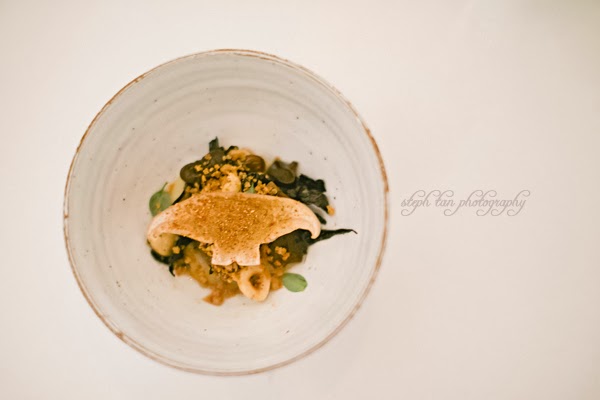 "Satio Tempestas" (flavours of the season): A selection of vegetables which have been prepared with many as 18 different cooking techniques. I read somewhere that this is a classically Frantzen dish, and has been on the menu since the restaurant was opened. The mix of vegetables changes daily to maximize the flavours and textures from the available produce.

Below is the ingredient list for this one dish -- no less than 36 seasonal ingredients including vegetables I didn't even know existed, all grown by long-time supplier Lars Feddeck in Askersund. 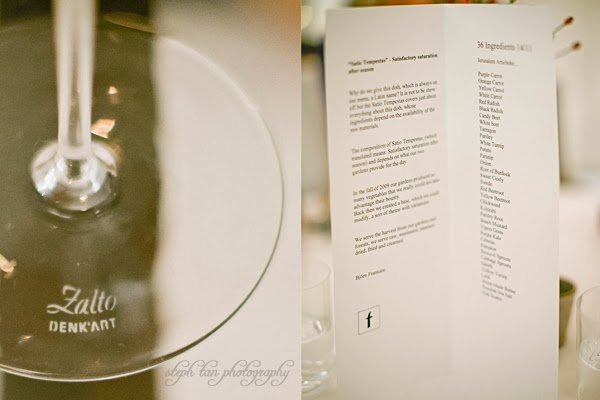 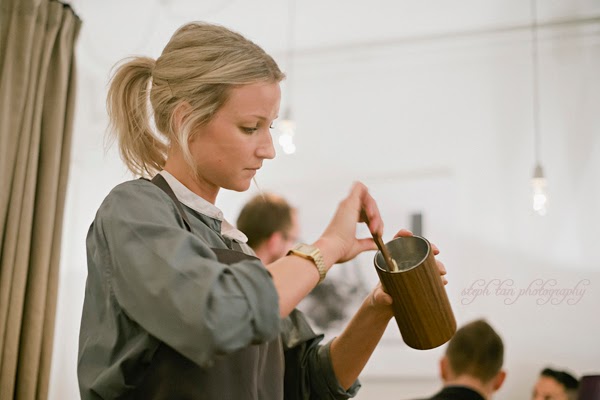 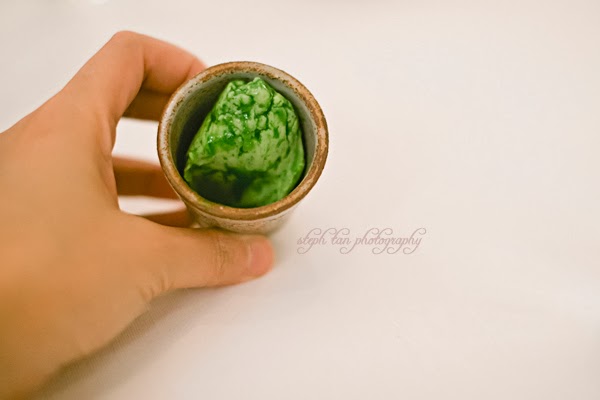 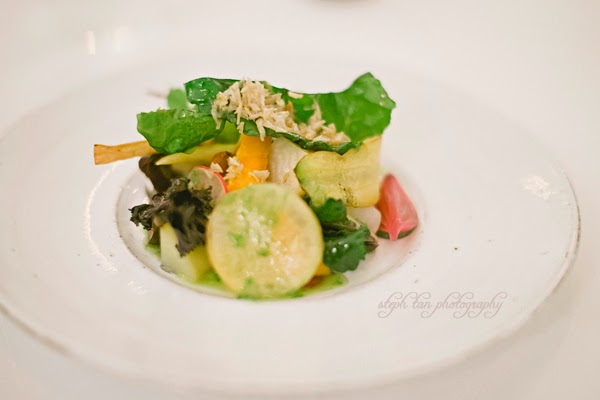 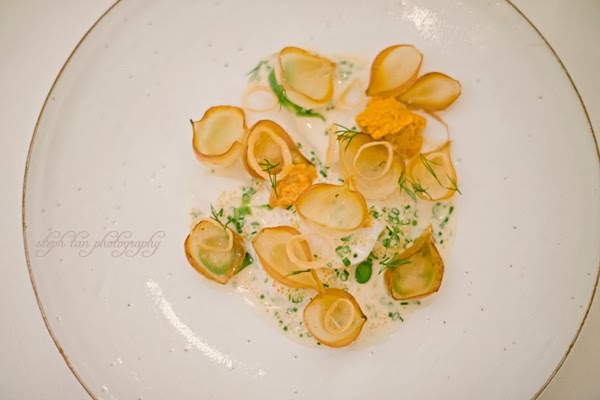 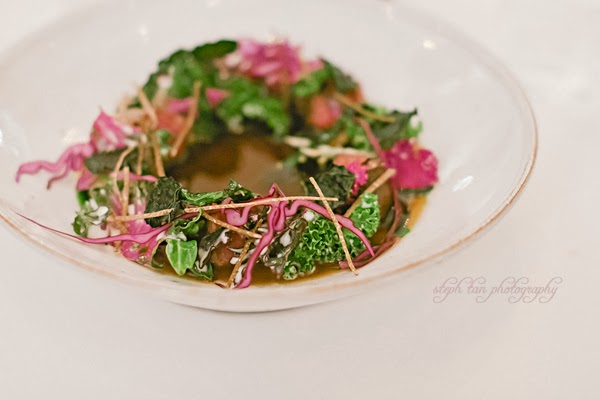 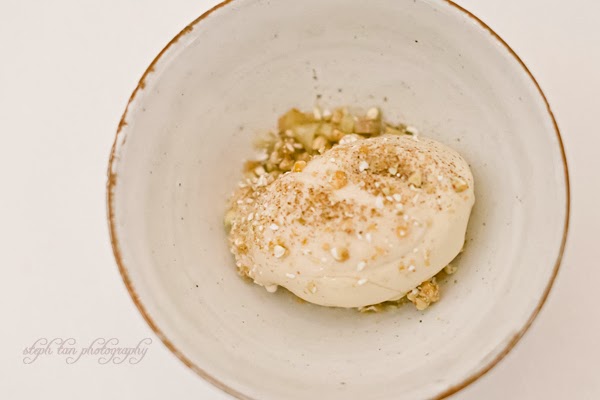 I'm not sure if it's because Daniel Lindeberg left in early 2013, but the tone for the desserts leaned more towards savoury when we visited. Spicy dessert on the left. 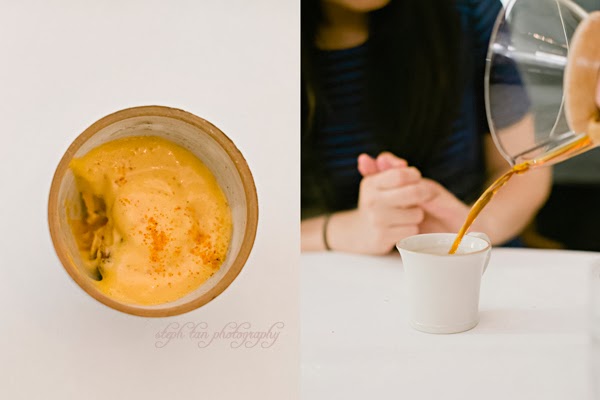 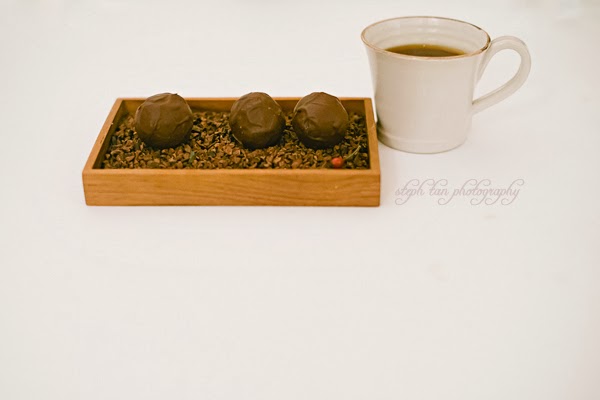 After almost 3 hours of sheer blissful dining, we were given a tour of the restaurant and introduced to the team members who were still around. We didn't get to say hi to Bjorn Frantzen, but nonetheless, we were gloriously blissed out. 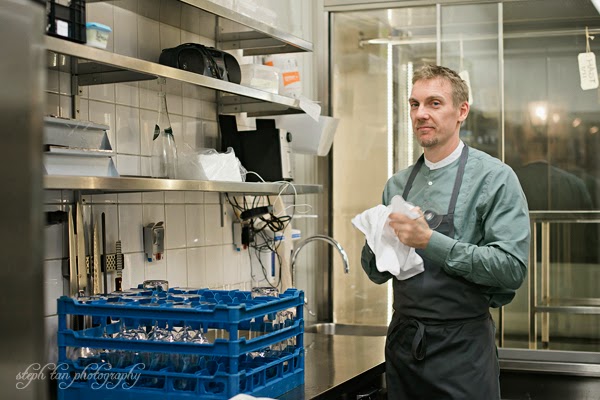 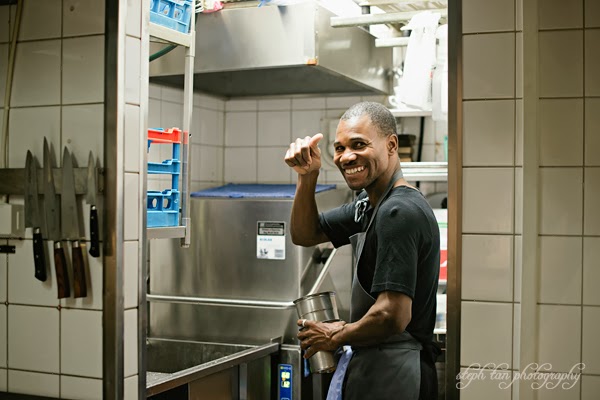 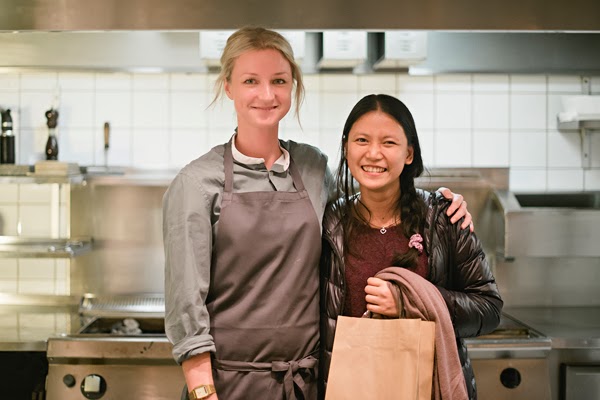 I love how they've kept the size of the place cozy, and focused on the customer experience. The thought and effort put into each and every dish is just nothing short of amazing -- and I would have to say that at least 70% of the dishes we had were very memorable to me. There were a few here and there that left me wondering -- especially the desserts, but I also note that I have a preference for sweet desserts more than savoury ones.

Hope to see Frantzen rising up the rankings this year, and I genuinely hope they earn their 3rd star this year, or the next. While my wallet feels lighter, definitely no regrets spending on this establishment. The only thing perhaps is that they've set the bar a tad too high for the succeeding meals in my lifetime! Highly recommended -- and a signature experience in Stockholm!
by libpuritan