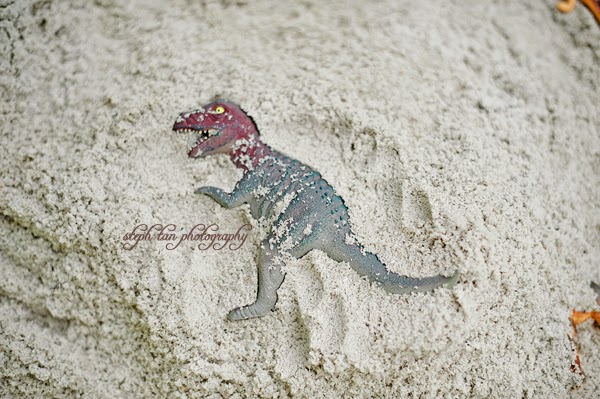 They wanted Dinosaurs -- and as long as it wasn't princesses, or 'Frozen,' or 'My Little Pony,' I was more than happy to go with their party theme choice.

Red's specific request was to BE a dinosaur in her party. Whether that involved a melt-underneath-thick-Barney-costume, or full-on body painting, she didn't care. As long as she was a dinosaur. I was being merciful when we settled on face-painting and a dino-head. She really gets into character as an awesome miniature!

Roo, on the other hand, was feeling VERY social. When I had asked her to list out people she wanted to invite to the party (I advised 8-10), she gave me a 30+ kids strong list. Two parents each, sometimes a sibling or two, her guest list started to feel like a wedding banquet! Had to sit down with her to get to a fairly decent number she can be happy with. We still ended up with 18-ish kids.

I got fixated on sand. Just had to have it, and was tickled by the idea of having our own sandpit. With H's help, it got done -- and with minimal criminal activity involved. I still wonder though, if I'd been caught taking a bagful of sand from East Coast on my birthday, would I have been arrested?

Delegated more this year, and simply helped the kids execute some ideas that tickled. Images from the party and preps. Will let the images tell the story! :) 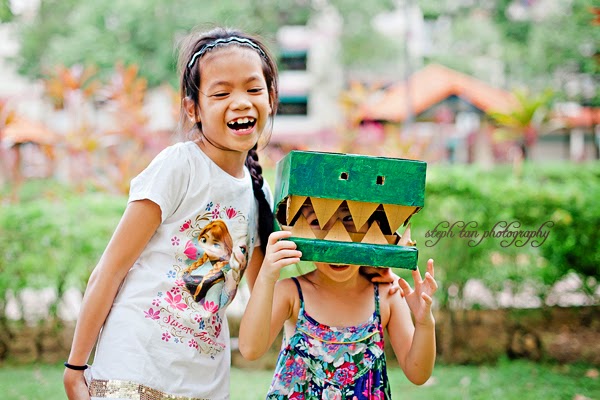 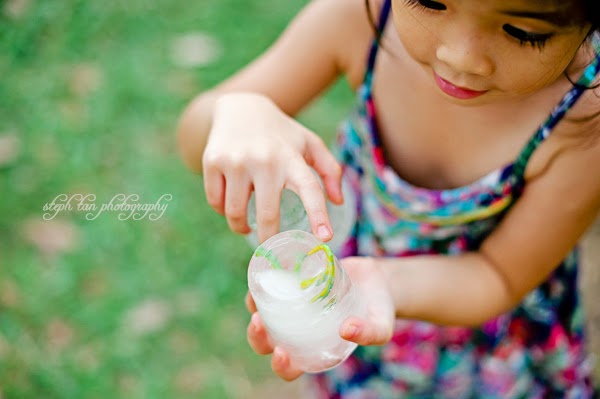 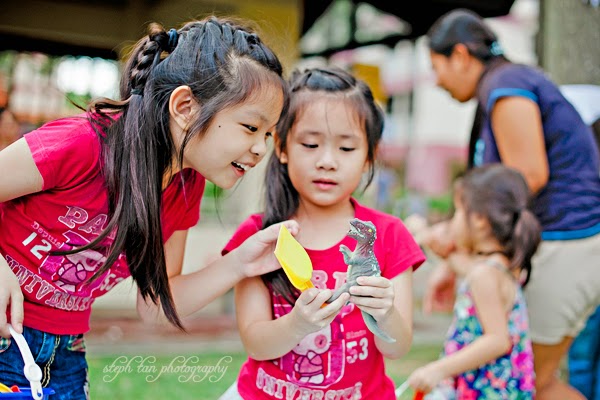 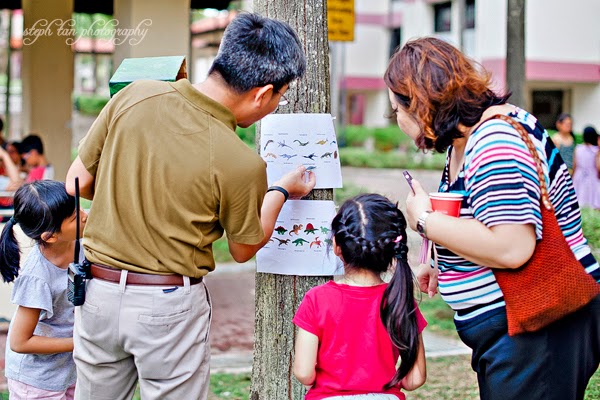 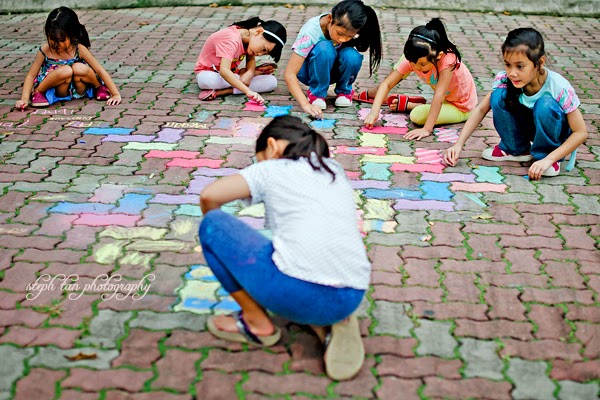 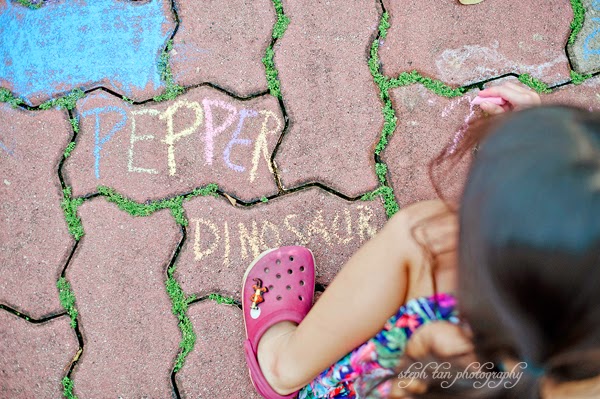 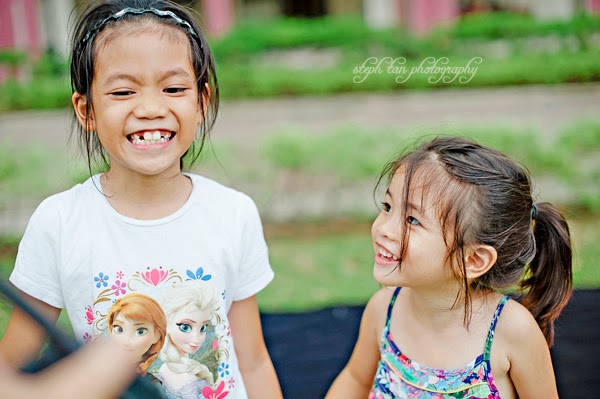 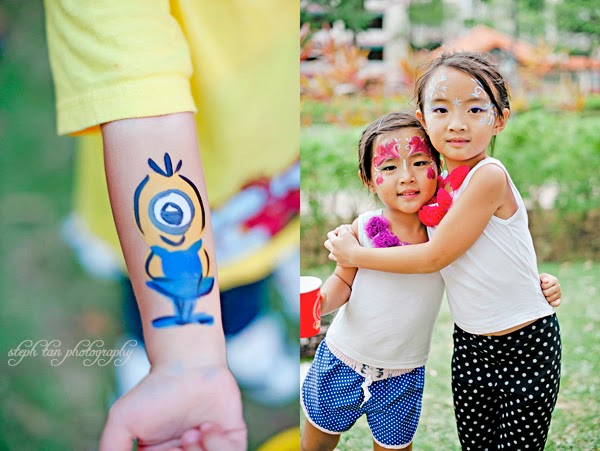 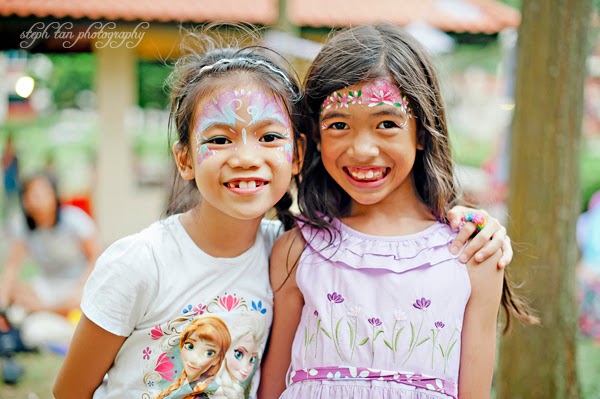 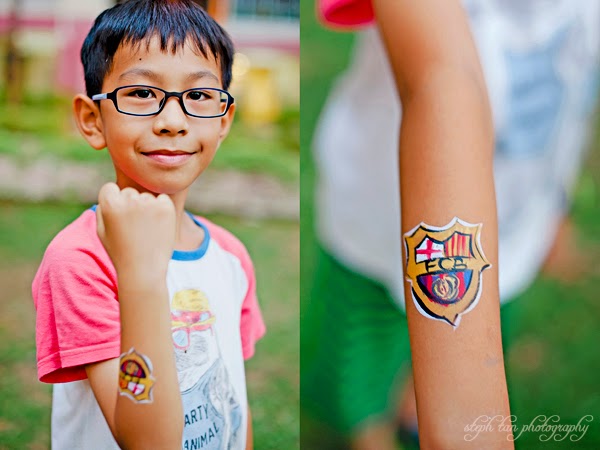 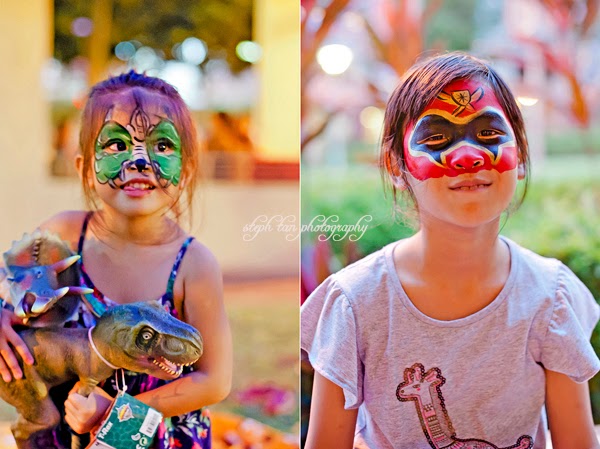 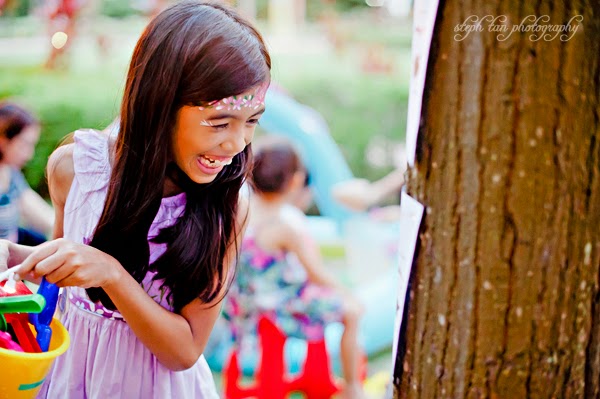 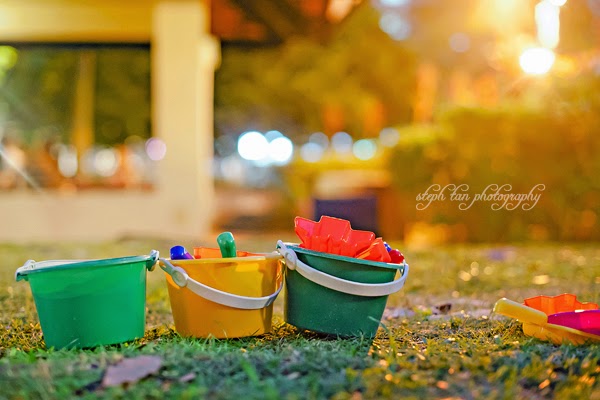 Oh Steph I love love love love love this party! It sounds like something I would have done for my girls too! Pocket friendly yet dripping with love and a whole deal of fun for the kids plus a side of relak jack for parents. Yay! Super yay!!!

Ps was H dressed like a ranger intentionally?
Ps I also "stole" a bag of sand from the beach for sensory play! Haha

what an awesome party!!! if i were a passer-by, i'd gate crash!

That looked some an awesome dino party! Love all the ideas you had from the games, props and activities.