It was the well-known story of undying love which drew me in. Shah Jahan honoring his most favourite wife, Mumtaz Mahal, with a monument so perfect, Tagore describes it as "the tear-drop on the cheek of time." A love so expressed, that she died while giving birth to their fourteenth child. Documentaries share the monumental effort, design thinking, and resources that went behind this singular mausoleum. 20,000 workers, 1,000 elephants, and nearly 20 years to complete. Whether it be grief, guilt, or madness that drove this art, depends on the story we choose.

Stories are powerful things. They inspire, inflame, teach, persuade, confuse, lead to deeper understanding. There are many stories in Agra, and sharing here a few I loved.

We started our adventure in Fatehpur Sikri which was the momentary home of Emperor Akbar, one of the greatest rulers of Mughal India. I enjoyed his liberal, progressive thinking, and the practical statesman he was. Beyond his military successes, he redefined political marriages to be real partnerships rather than acquisitions. Harkha Bai, a Hindu princess, was said to be his first and last love -- and he allowed his relationship with her to influence his thinking and way of governing, and leveraged it to encourage the blending of Mughal with Rajput, Islam and Hinduism. Politically, it can be viewed that he already determined a tension point in his rule were the Rajputs, and Harkha Bai was one of the tools in his arsenal to address the issue. If one were to write a love story about it though, it was her influence that had a synergistic and integrative impact on Mughal India. Again, depends on the story we choose.

Akbar was succeeded by his son, Jahangir. I didn't find the emperor particularly compelling, but I did fall in love with his twentieth (and most beloved) consort, Nur Jahan. Found out about her when we visited the tomb of I'timad-ud-Daulah, a miniature predecessor (perhaps even precursor) to Taj which she had built in honor of her father. "A strong, charismatic, and well-educated woman who dominated a relatively weak-minded husband, Nur Jahan was the most powerful and influential women at court during a period when the Mughal empire was at the peak of its power and glory. More decisive and proactive than her husband, she is considered by historians to have been the real power behind the throne for more than 15 years." She was granted certain honours and privileges which were never enjoyed by any Mughal Empress before or afterwards in history -- coinage struck in her name, held court independently, wielded the powers of his imperial seal, all by commanding the unwavering personal devotion of her husband.

People remember the men and their conquests, and women were beautiful things that decorate the palaces, and gave birth to heirs. It was nice to hear a story of a powerful woman who shined despite her context, and broke ceilings in that time. This particular one, is a story I choose. 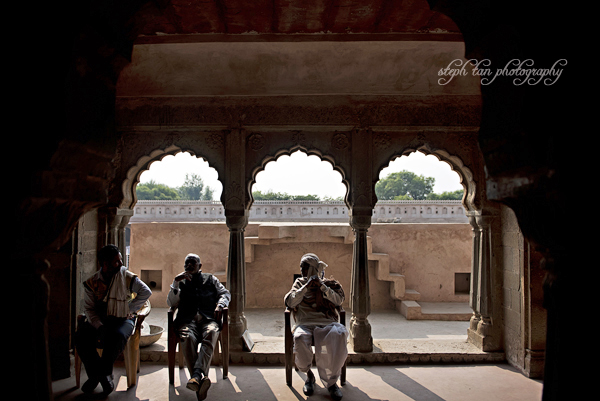 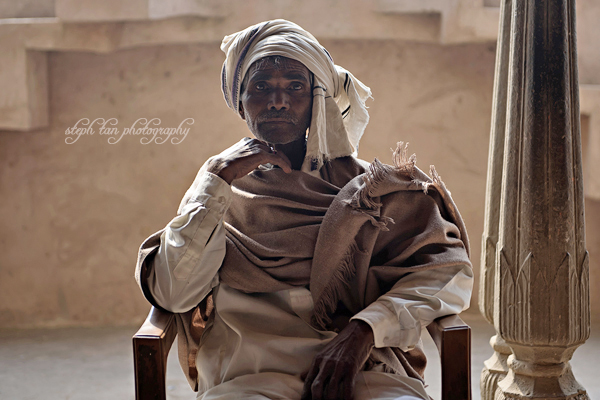 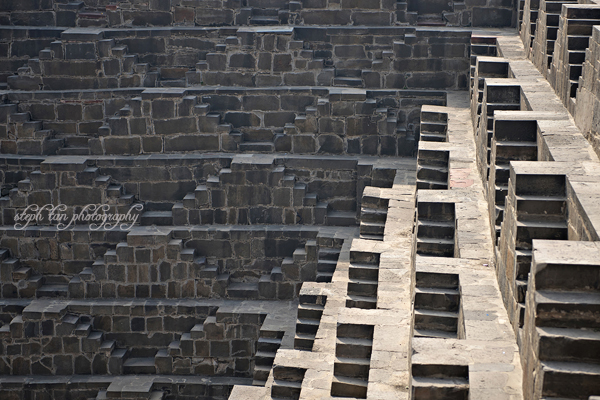 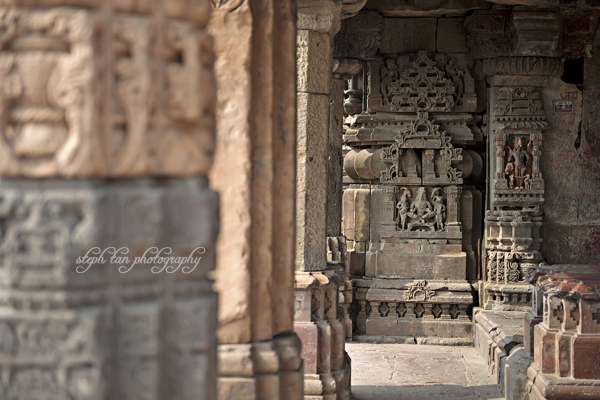 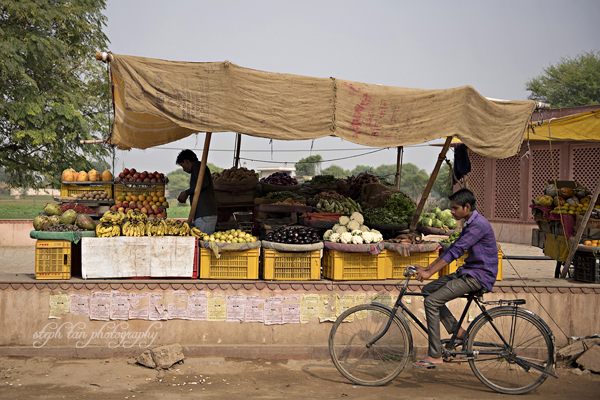 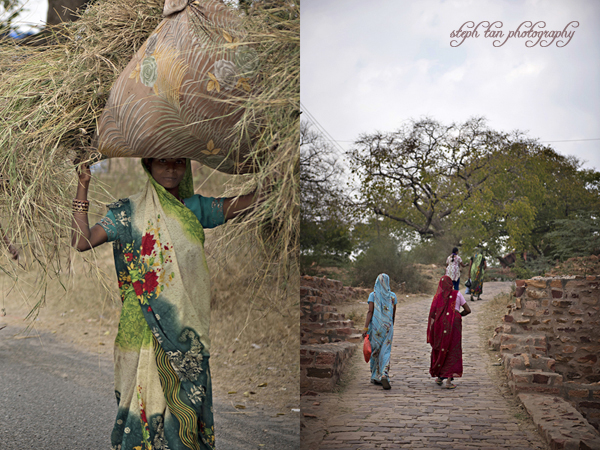 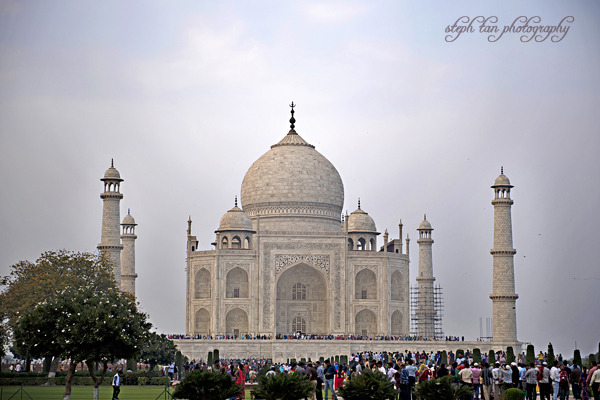 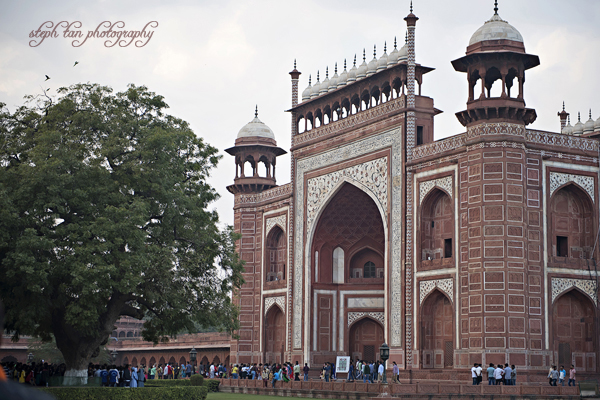 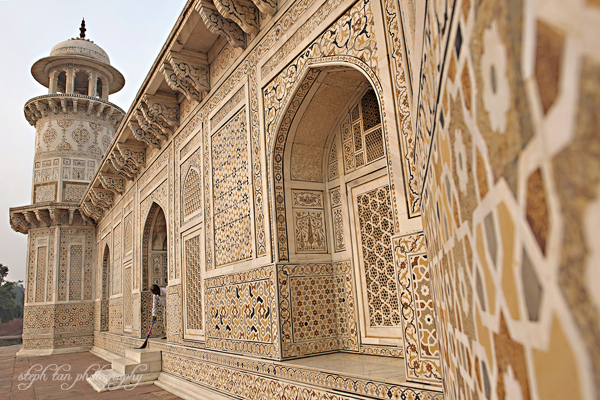 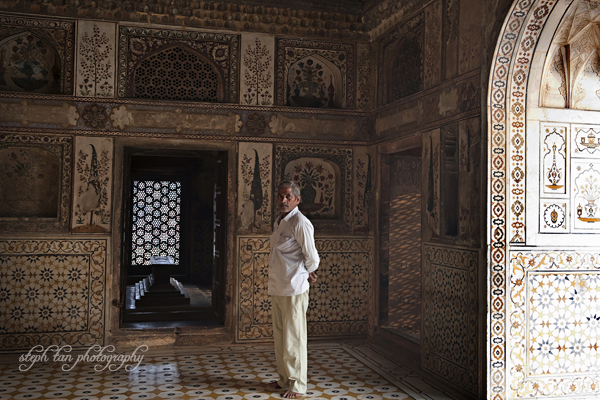 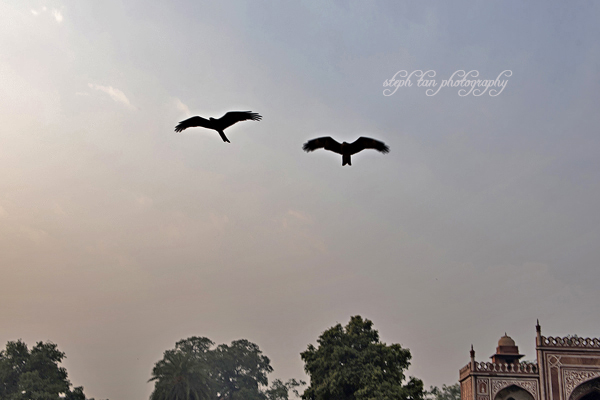