And we were back again, trying to stick to a family commitment of volunteering with Willing Hearts once a quarter, and continue to get the little ones exposed to a community that gives.

This time around, the volunteer coordinator was not comfortable with letting the kids handle knives. We were too late for the egg cooking, after spending close to half an hour looking for Red's misplaced MRT card. Willing Hearts receives donations from various organizations. Some of these are food donations from grocers, especially some of the products no longer deemed saleable. So we took on the task of sorting potatoes. It sounded simple enough, except when fungi and rotten bits were involved.
Roo and Red struggled with the smell of rotting things, and I was almost worried they would walk out on me. I have a high tolerance for yucky things, and had to admit some of the pieces were truly disgusting. But among the moist, rotten bits, were potatoes which were still good for cooking and eating. And ultimately, that was the job -- to soldier on through the muck to find the gems that could help feed other people. 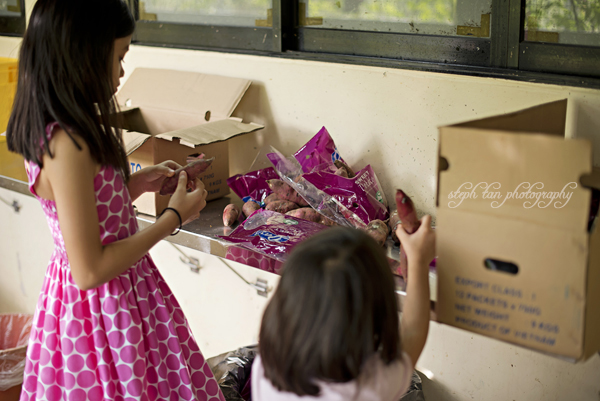 The kids imagination inspired, how they weave work and play, to make hours of work feel like a walk in the park. They pretended the potatoes were part of a beauty contest, evaluating each potato like a pageant contestant. The ones who make it to the "finals" are inspected by me. :) 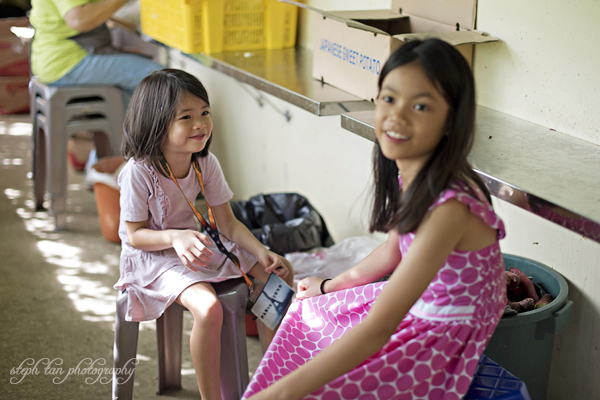 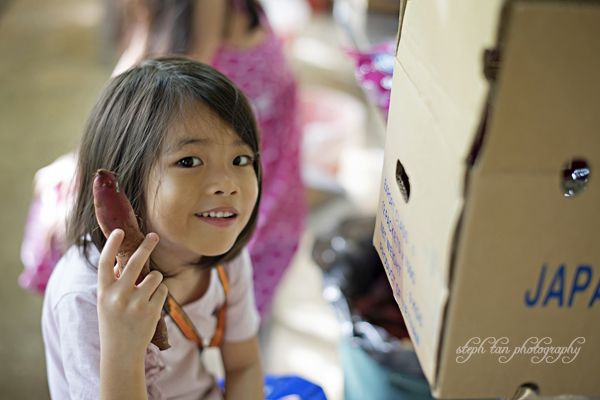 After going through boxes of potatoes, we were saddened to note that only a small fraction of the pile could be recovered. The rest of it were too badly rotten. The ones we could salvage will be part of the next day's soup kitchen menu; the rest would be processed as compost for the mini-farm.

The human species are continually developing technologies to produce food efficiently, and yet still so many people go hungry around the world every day. It became a lesson on how wasteful we humans can be. I've read that about 30-40% of what is grown is thrown away because it doesn't look pretty enough for the supermarket, or has rotted in transit or in warehouse between farms and kitchens. That's a staggering amount of food, and makes hunger in this day and age unacceptable -- perhaps even criminal! With increasing and unequal affluence, we don't think of the consequences of taking more than what we need, and discarding without saving what is still usable.
Every visit to volunteer has surprised me in wonderful ways, and I am constantly discovering -- what the kids are capable of, that we could continually learn something new in a known environment, and that the kids would persevere, go beyond their personal fears and disgusts, to enjoy humble work. Willing hearts, open mind, aptly named. :)