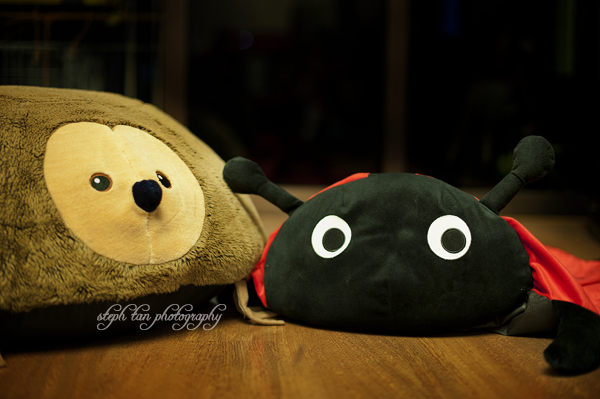 got a call from roo one afternoon. mrs. ladybug is dead.

'what do you mean?' i asked. 'there's no more air inside her, mommy. she's all floppy.' 'what happened?' 'we were playing and jumping around, and then mrs ladybug died,' roo confided, all worry in her voice. in the background, i could hear red repeating her sister's words in her tinysaurus way 'edy bug DIE!' 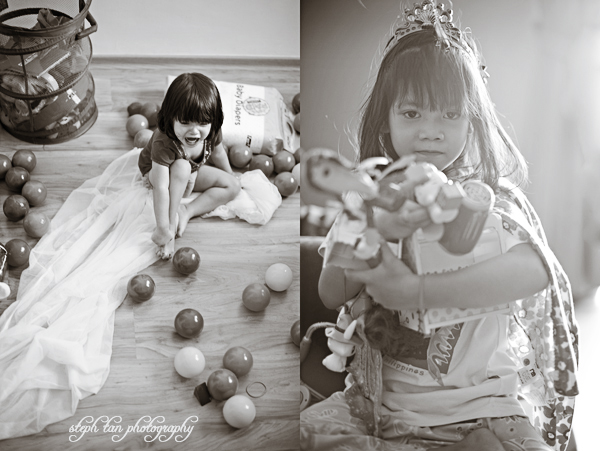 when i arrived at the crime scene, true enough, mrs ladybug was a floppy rug on the floor. she's supposed to be an inflatable, but her inner rubber balloon has somehow popped. 'pancake, mommy,' red comments as i examine the body. she giggled, then concluded her point by saying 'dead!' perhaps we've been watching a little too much CSI. 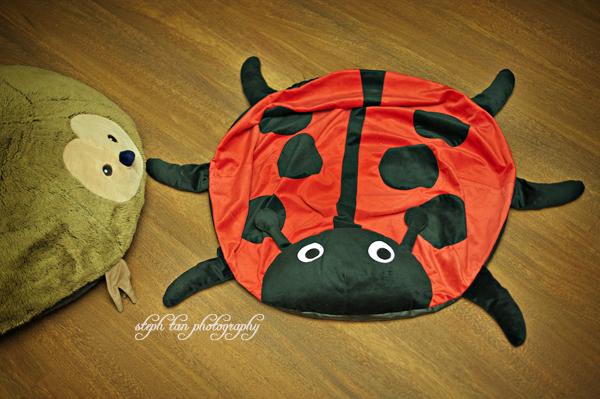 we found a section of ladybug's clothing ripped. upon closer inspection, there were very small indentations a little off her buttocks, which are indicative of repetitive bite marks by very tiny teeth. the inner rubber lining had small but visible traces of wetness consistent with saliva. there are also a couple of thumb-sized rupture marks which are similar to that of a balloon that has burst due to internal pressure.

based on the post-mortem, we can infer that the perpetrator must have repeatedly bitten mrs. ladybug's side, such that it weakened the material holding the air in -- a small but lethal injury. once the little ones started playing with her, the force they put on mrs. ladybug's injury caused the weakened material to rupture and burst due to massive air pressure.

so she didn't technically die because the kids were jumping all over her. this is nothing out of the usual. she died because someone bit her! 'it must be RED!' i immediately thought. all drool and small teeth, she does tend to sneaks off into dark corners to eat all of her snack stash. she's also prone to biting when she likes something very much. she had just bitten my neck the other day out of too much excitement! 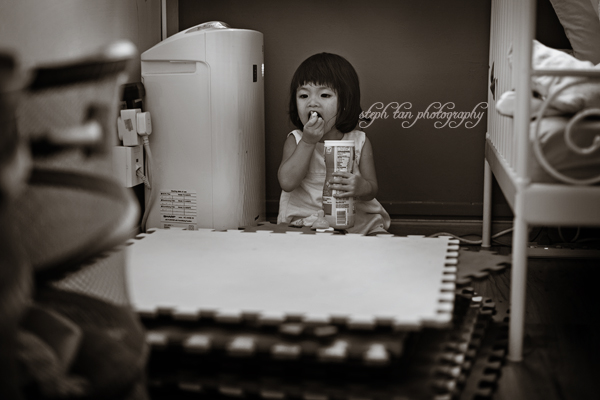 my mind is set. red's the culprit. i confronted her, and stared straight down into her puss-in-boots blinky blinky eyes. 'what 'appened, mommy?' she inquired, noticing my serious look.

'did you bite mrs. ladybug?'

she blinky blinked again. 'naeeeaaah...' she whispered tentatively, a cross between 'yeah' and 'no', which is her usual answer when she doesn't know what's going on.

i carried mrs. ladybug's body in, showing her the indentations that identify her as guilty. 'did you bite mrs. ladybug, red? are these your bitemarks?' red giggled again, not understanding the gravity of the situation. 'edy bug, pancake, dead!' she repeated, before she ran off in search of her big sister.

i figured that's the end of that. case closed. i chased her down, and reminded both kids gently to 'please do not bite anything living or not living, unless it is food.' they nodded their heads in emphatic agreement before they made a mess of my home office. 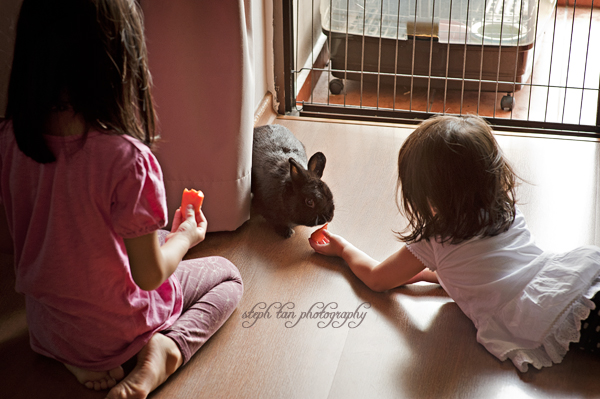 that evening, during winddown playtime in the living room, we opened the balcony door wider to let more cool air in. i heard a thunk and small pitter patter on the floor, and noticed a black bob of silky fur standing right where mrs ladybug used to be.

otter totter rabbit, our tiniest family member.
during the 'investigation,' i had completely forgotten we had a rabbit. looking back, it was clear that the bite marks on mrs. ladybug were more consistent with his teeth marks than that of red's! funny how the mind zooms in on one idea, and disregards other details deemed inconsistent. 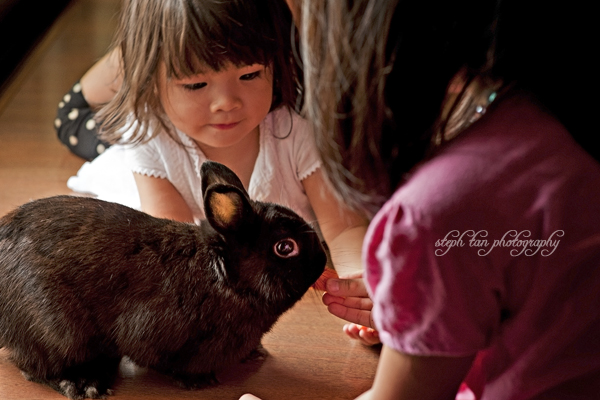 after a long day of pre-conceived notions, my wrongfully accused red then tottered over to me, reached out for my hand and said, 'come, mommy. read book!' she then insistently dragged me into her bedroom. thankfully, she had no idea of my inner mommy guilt.

***some artistic license applied. this post is inspired by many episodes of law and order, CSI and bones. anthony zuicker and jerry bruckheimer's jobs are not easy. constantly wow-ed by the story lines they come up with, though currently more in love with fringe and jj abrams. perhaps pacey has something to do with it!
by libpuritan

I can so totally relate.

It's funny how we tell ourselves never to be quick to judge, jump to conclusions, or accuse the kids - but end up doing it more often than we'd like, albeit they're done or said without the intended note.

Even thinking about it isn't right, I tell myself. And there have been occasions when I ask C if he has done this / that for him to shake his head, only to find myself already making up my mind that he did.

Then I find out that he *really* didn't, and I chide myself not only for not giving him the benefit of the doubt, but that my mind, against my judgement - is already set even as I asked him the question.

I must learn to stop thinking like a Mommy, at times. Thanks for this post. It brought a smile to my Friday :)

I'm trying so much harder now not to let their previous offenses color my perception of recent ones. :) I do tend to blame Red for a lot more because she's just generally more of a trouble-magnet. :)

Glad you liked it mommy moo! :)