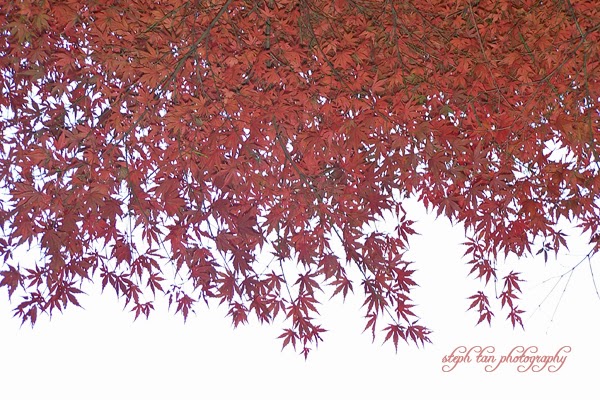 Despite several visits to Tokyo, there's still so much to explore. Sharing some of my favorite experiences, as well as some that have yet to be crossed out off my to-do list, for the benefit of friends who are visiting Tokyo this November. Digging through these memories makes me want to go back sooner than planned. (Next time, will plan it around Hanami!)

GETTING AROUND:
Grab a local Japan Train Map and start orientating yourself on where you wish to go. The train network in Tokyo is the most compex I've ever had the pleasure of navigating, and it can be quite intimidating. One can opt to buy one-way trip tickets if you're going to linger in one or two places; but if you know you'll be going around a lot, it would be worthwhile to get a Tokyo Metro One-Day Open Ticket. 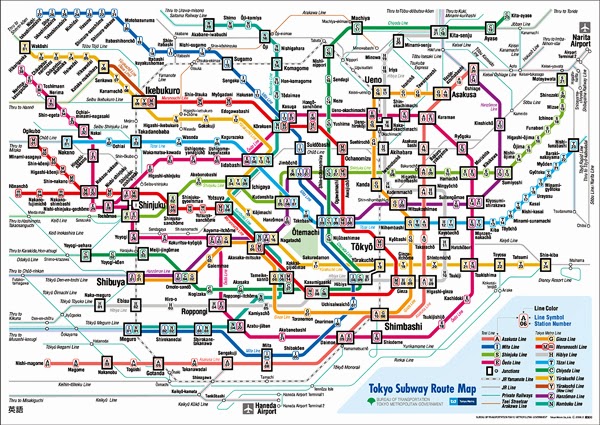 1 TSUKIJI MARKET
If you're somehow up and about at around 4:30am, then make your way to the market at Tsukiji Shijo Station, and if you're among the first 120 visitors, you might get lucky to witness first-hand how the freshest catch for the day are auctioned. (Information on the auction here.) 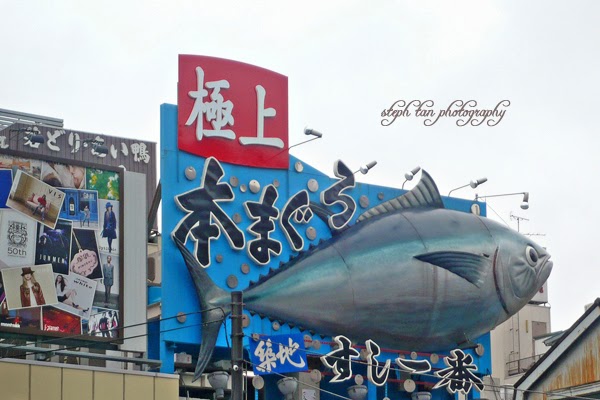 While the auction experience is great, if you're a foodie, it's not necessary to catch the auction to enjoy the market for what it is. Highlight of the experience for me has always been the freshest breakfast in one of the restaurants in within the market, for some mouth-watering sushi and sashimi. 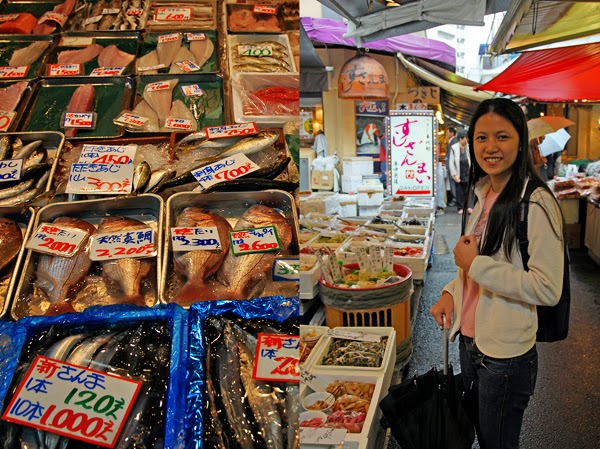 2 KABUKIZA at GINZA
Higashi-Ginza is a nice comfortable walk from Tsukiji. Ginza is known for upmarket shopping and dining, and it's one area where you can expect to pay top dollar for a cup of coffee. It is also where you can catch a Kabuki, a traditional Japanese dance-drama, at the Kabukiza Theater. A full-length performance can take the whole day, but theaters do sell tickets for single acts for about JPY2,000. Matinee is at 11am, while the evening show starts at 4:15pm. 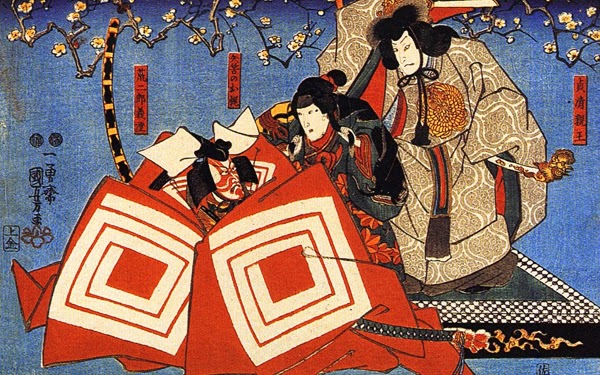 3 OLD TOKYO in ASAKUSA
If you're looking for a flavor of Tokyo from decades past, head over to Asakusa for the Nakamise shopping street where you can find local traditional treats as well as trip memorabilias. At the end of the path, you'll find Sensoji Temple, a Buddhist temple which has been around since the 7th century. 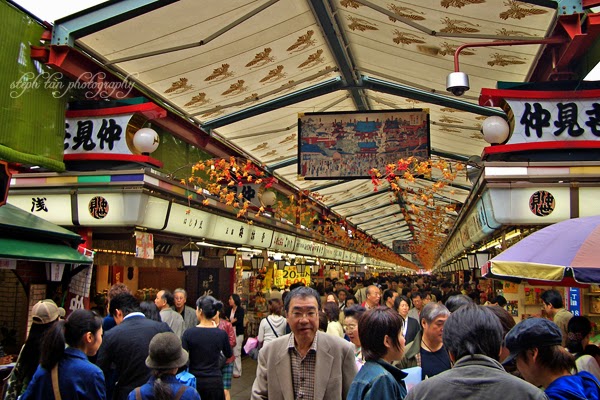 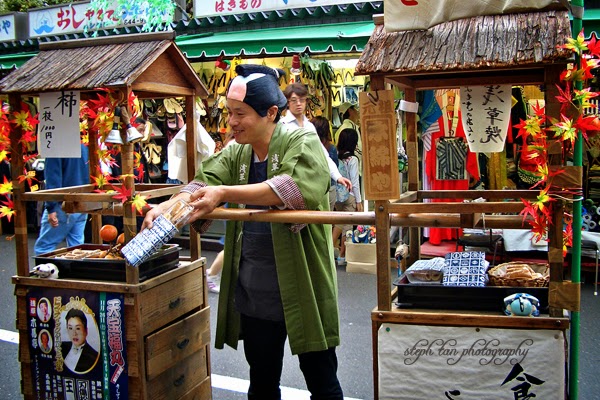 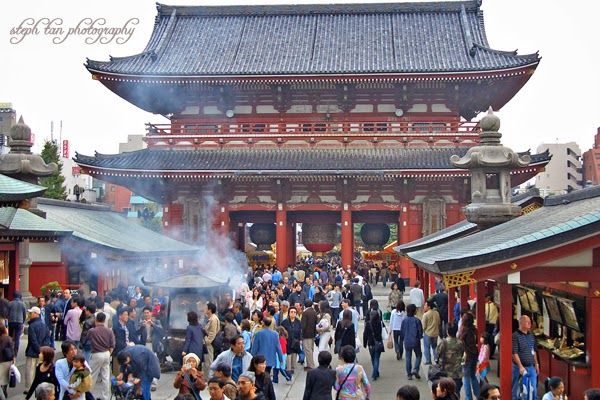 (Just a station away, Tokyo has opened up the SuperTree (starting in 2012). Haven't checked it out myself, but it's a newly popular spot for panoramic views of the city to rival that of Tokyo Tower.)

4 SHINJUKU!
My favorite vantage point in Tokyo is on top of Park Hyatt Shinjuku. It's made more beautiful by the misty view of Mt Fuji's snowy peak in the horizon. Great place for sunset cocktails, especially if you've got some budget to spare for a "Lost in Translation" experience at New York Bar. You can get the same view for absolutely free from the Tokyo Metropolitan Government Office (Tocho) Observatories.
Late at night, Shinjuku is a working man's after-work paradise. Drowned in neon street signs, Golden Gai is a scruffy small lane of Old Tokyo, going way back from when prostitution was still legal. As with most red light districts, great food (Ootoro!), easy drinks, Pachinko clubs, and questionnable establishments abound here. 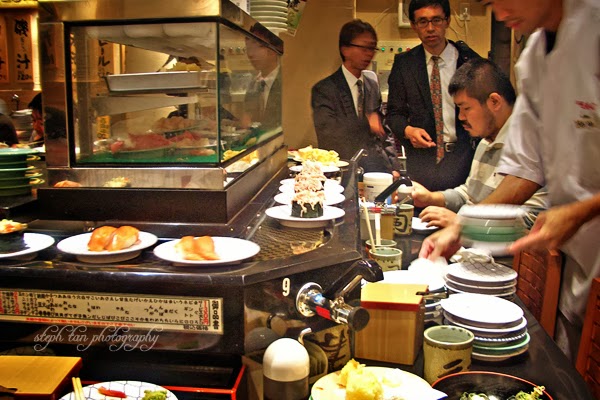 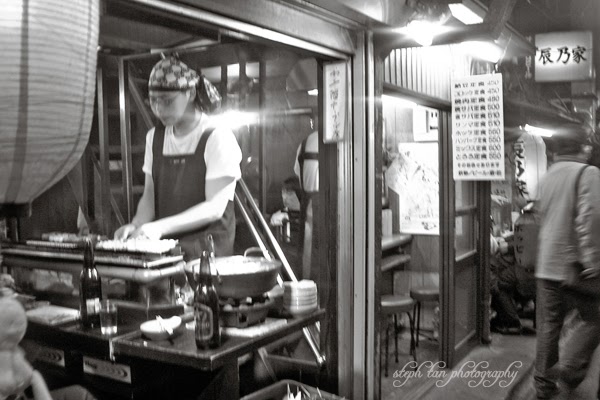 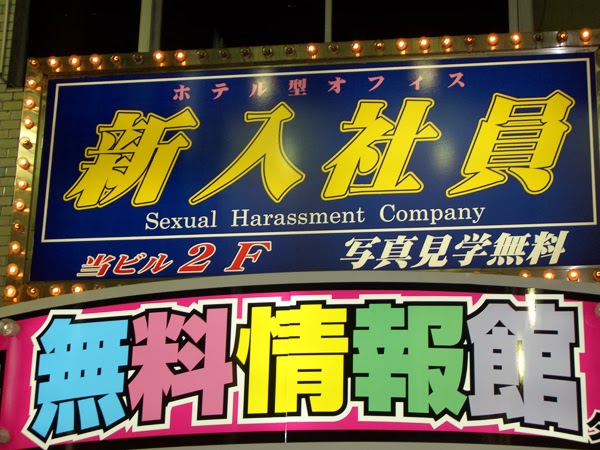 5 GEEKLAND at AKIHABARA
Electronics. Anime. Esoteric interests from photography equipment to audiophile knickknacks like light bulbs from WWII. "Electric Town" is abuzz with various kinds of otakus with plenty of hentai nooks in every corner. No surprise as well that you can find a lot of the themed restaurants in this area from Cosplay, to more specific ones tailored to Gundam, to Maid cafes, and more recently Butler cafes. I was overwhelmed on my first trip -- there's just so many things. But if you go with a clear intent (i.e. look for second-hand lenses, buy some unique accessories, or huntdown a specific brand of audiophile equipment for a bargain), it can be such a wonderland.
6 ROPPONGI HILLS
Mori Art Museum displays contemporary art on the 53rd floor of the Mori Building, and is open until 10pm. With art pieces set against the backdrop of the city skyline, sunset would be a great time to visit. Then, wrap up with dinner and drinks at Mado Lounge, which can be found within the museum premises. 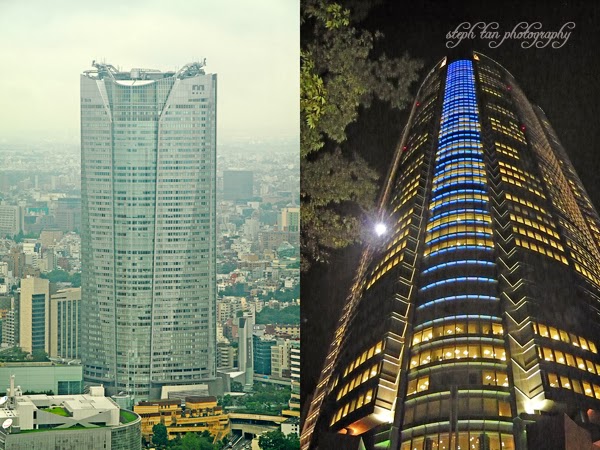 7 TRIP TO MT. FUJI
Most hotels and accomodations in Tokyo offer a full-day trip to Mt Fuji, a cruise on Lake Ashi, and a cable car ride at Mt Komagatake cableway, and even includes lunch at a restaurant overlooking Lake Ashi. We took the bus tour which picked us up directly from our hotel -- but you can also opt for the Shinkansen tour. (Lost my camera, and along with it, all my Autumn images of Fuji-san. Sigh. Another reason to go back.) 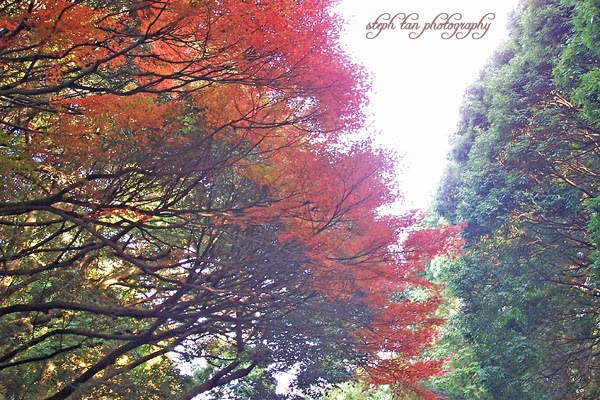 8 HARAJUKU
Sundays in Harajuku are made interesting by the flock of out-of-this-world cosplay fashion showcased by teenagers right on Takeshita street. 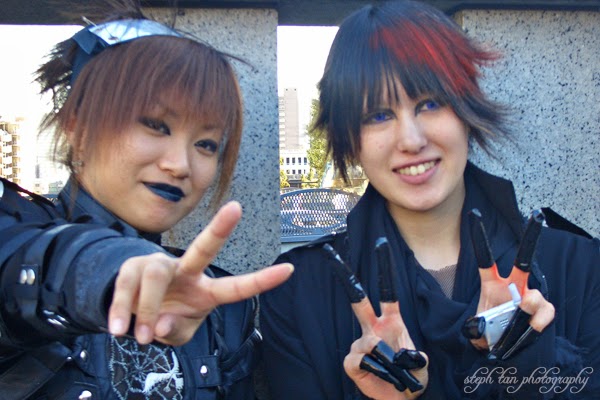 9 MEIJI-JINGU and YOYOGI Park
From Harajuku, walk towards the tranquil Meiji Shrine, where one can participate in traditional Shinto activities like writing a fervent wish on a wooden plate. Each tree in the forest of Meiji-jingu is supposed to have been donated by all the provinces during the time of the temple's construction. 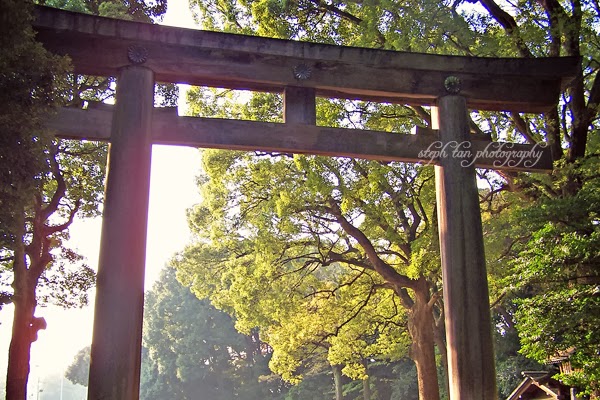 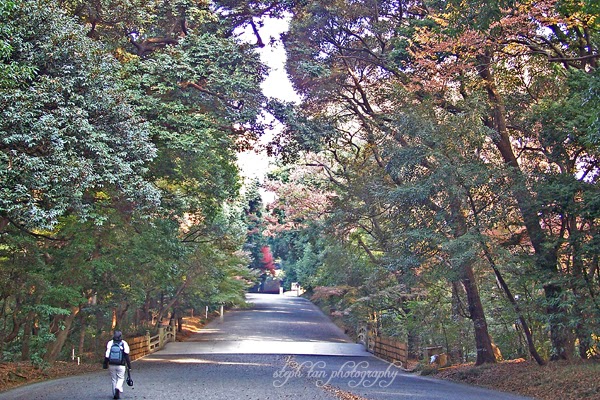 From the zen of Meiji, move into the collaborative and creative vibe of Yoyogi Park. Especially on the weekends, there are bands that set-up and perform in random corners -- some of them are quite good! Dozens of Djembe drummers assemble by the fountain and work towards a strong unified beat; and if you're lucky, you might just be able to catch an open-air music or a dance festival. Back then, we caught a world music festival which featured a lot of indigenous instruments from Africa, Latin America, and the Carribean. 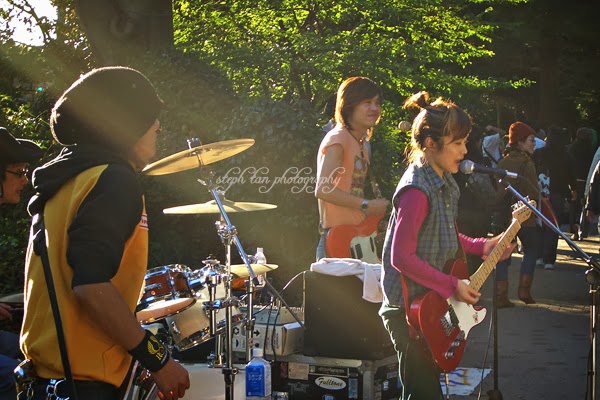 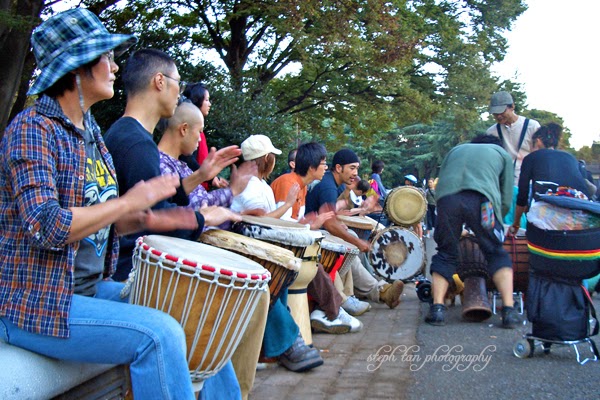 10 SHIBUYA
This district is best known for three things: the Hachiko Scramble, which is arguably the world's busiest pedestrian crossing (which was interesting to watch for a few minutes), the youth fashion scene (not really my style), and the Love Hotel hill (pencilled in for later). 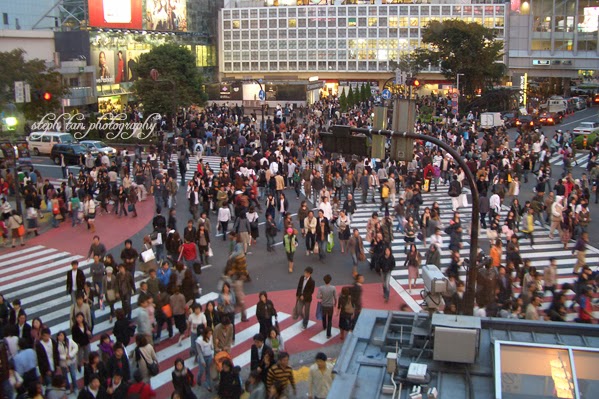 Tokyo experiences I'm going back for:
Hanami Festival, A night at the Capsule Hotel, a few hours at a Love Hotel (and bidding someone "Otsukaresamadeshita" right after), Sumo wresting (in January, May or September), re-visiting Fuji-san, and getting treated like a princess at the Butler's cafe.

If you've got tips for Tokyo, do share along more adventures for next time! :) 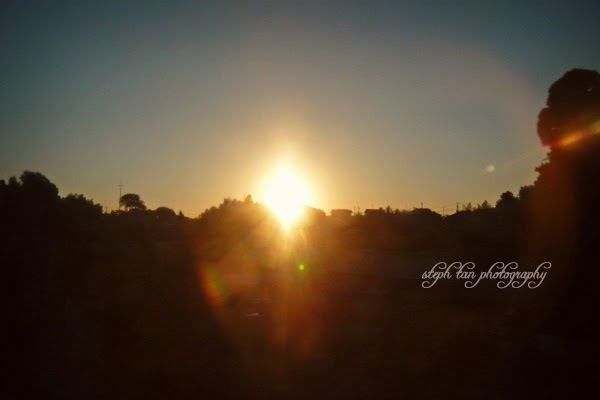 OMG! Super like the fall leaves photo!!!! Can print and decorate an entire wall with it *sigh*

Love the Tokyo post, Stephieo.
Yoyogi on a sunday is a must for me =)

Head north next time to Nikko, if you haven't yet. Quite a hike but definitely worth it.

miss you lots. hugs for the little bunnyhoppers!