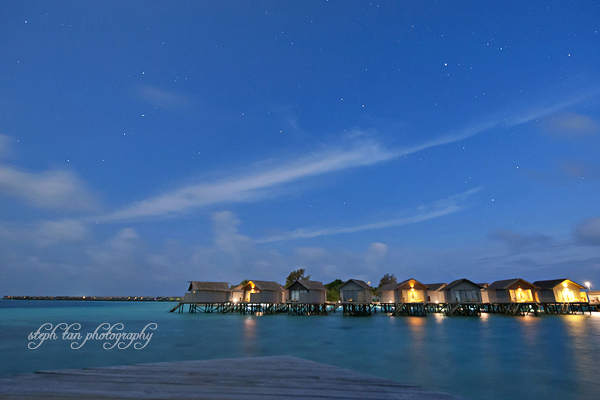 Go to Maldives as a solo trip, certainly I must have gone crazy, a few friends asserted. Space to breathe and recalibrate, gather stories and inspiration, and take my cues from the reset button in the sky. Life led by twilight and simple hungers.

There was a boy looking for love, a hotelier who’s moved around the world. They say don’t hop into strange people’s cars, but he was so earnest, how could I not. He drove around Hulhumale, retelling stories of love found and lost, and seeking advice on relocating to the Philippines as he’s found a woman he is willing to risk for. Instead of playing local Maldivian songs on the radio, he would play Filipino songs, and ask me what they meant. He would sing along lines he knew. They are all love songs. He had been burned before, an ex-wife who refuses to leave London, an ex-lover who milked him for all he was worth financially. I shared my own misadventures, and he smiled at my jaded storytelling. Follow your heart, he encourages. This love thing, he confesses, is something he will always feel compelled to try again.

She, from Kosovo, has hiked around Nepal, extensively travelled around India, and is asking whether the summit at Kota Kinabalu has been reopened. He, from Netherlands, is a Europhile, talking about ski trips in fancy Swiss resorts, and sailing adventures in the Mediterranean. Plenty of good things to say about Croatia and Coastal Spain. I estimate they are in their sixties. There is an easy camaraderie, and they are clearly together, but there's a separateness to them as well, the disparity in their stories, that I felt I was with two singles. They are a new couple, exploring and learning about each other, both previously married, with grown grandchildren she insists look about my age.

Dancing under raindrops, with wind and waves as our soundtrack. There was a beautiful young couple, dancing the night away. It was her that caught my eye first, all lithe and tanned and lovely. He couldn’t stop touching her, kissing her neck, his hands glued to her hips, the other sliding up and down her arms. She found ways and means to rub against him, sidle up to him every chance she could get. All smiley and giggly, and diabetes-inducing in their sugar sweet high. Enjoyed their energy, and envied it too. This is the sort of couple you’ll tell off to get a room, but not really, because while they made you ridiculously envious, they also injected a certain energy into the dance floor.

A mature couple, lady on the ground crying in a drunken stupor. She couldn’t pick herself up from the side of the pool, right at the edge of the bar. And her partner, holding hair away from her face, and gently talking to ease her into calm. She looked way heavier than him, and I could see him ponder his options, wanting to carry her away, but knowing they’ll likely both get hurt if he did so. So he talked, and soothed, for what felt like hours, crouched on the ground by the poolside, holding hair and wiping away tears. It must not have been comfortable, cold cement, and vomit, and tears. But he stayed, calm despite her storm. Then, when she was ready, they hobbled together, him supporting her, into the privacy of their room.

Beyond observed stories, my personal highlight was struggling against waves and swimming with sharks. Enviously peered at divers below, their tank bubbles floating up beside me, wondering if I’ll ever get to dive again. I didn't have the confidence to dive alone. Sometimes, you let go, and realize only later that untangling takes more time than simply loosening one's fingers.

Centara Ras was beautiful, and from welcome to farewells, a wonderful experience. The only complaint I would have is an all-inclusive package food and alcohol, which didn’t include coconuts! How can coconuts NOT be included? Even paradise has a wrinkle. 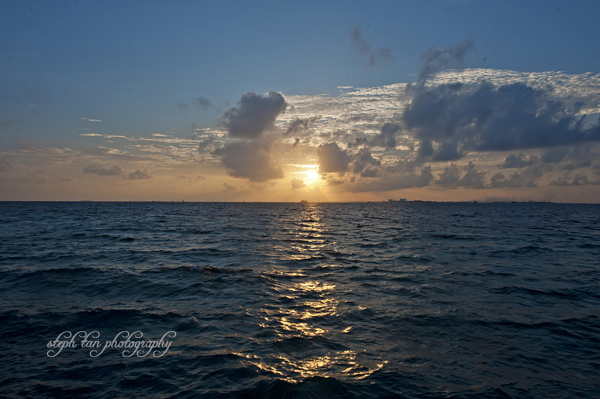 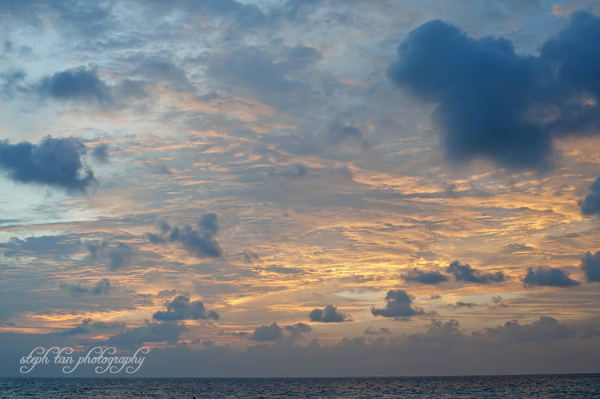 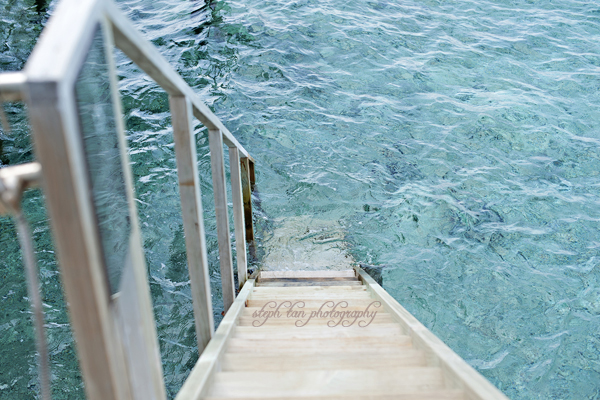 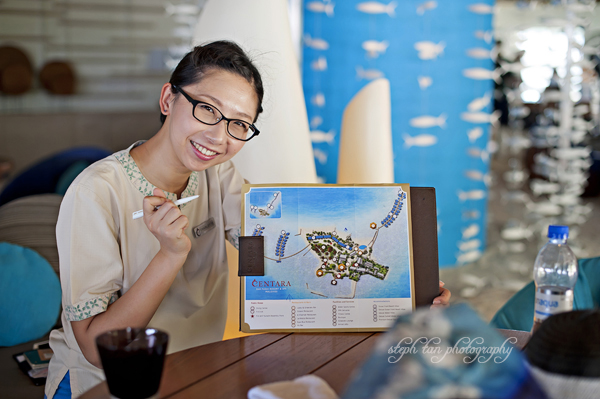 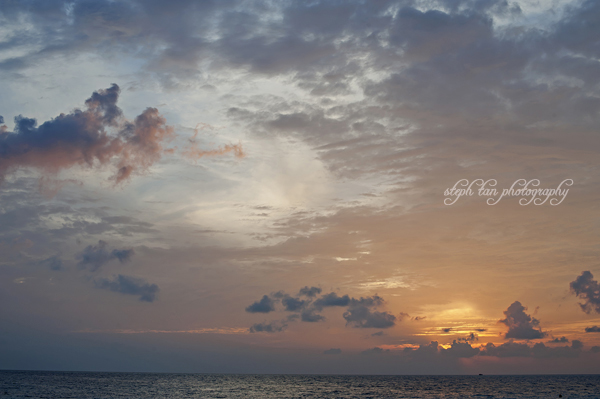 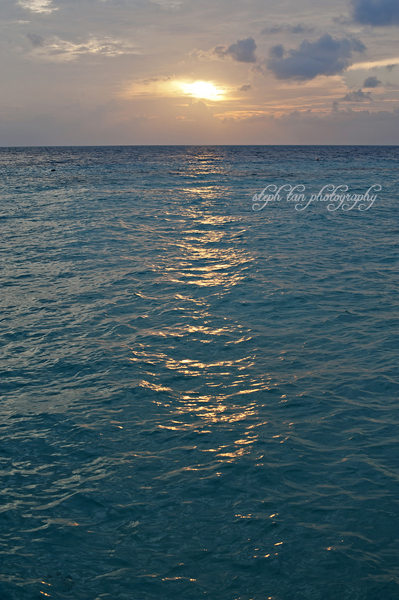 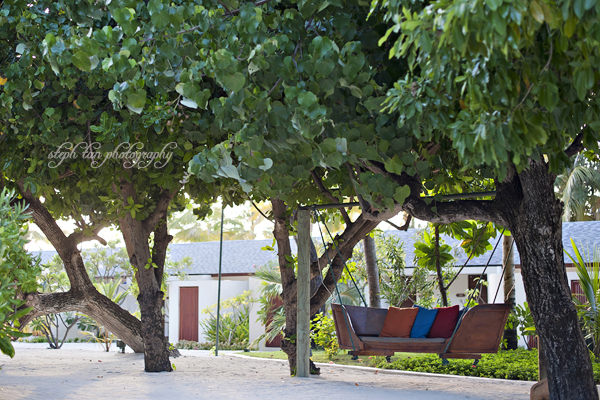 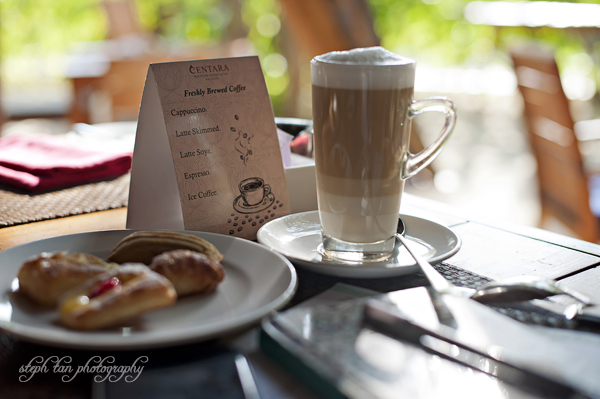 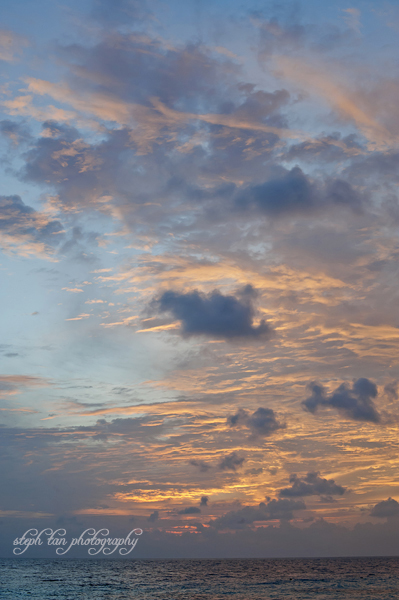 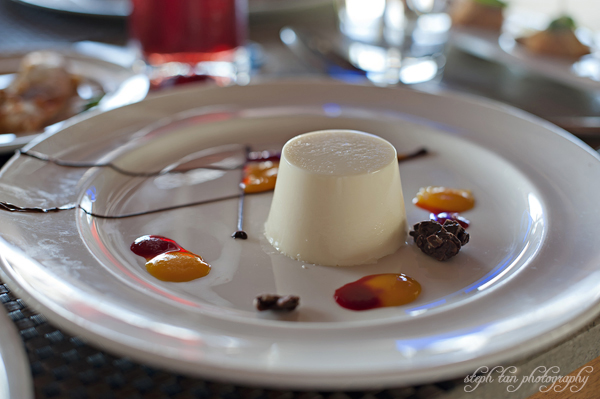 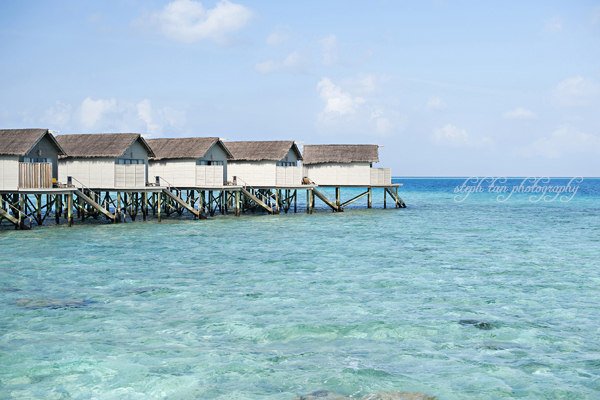 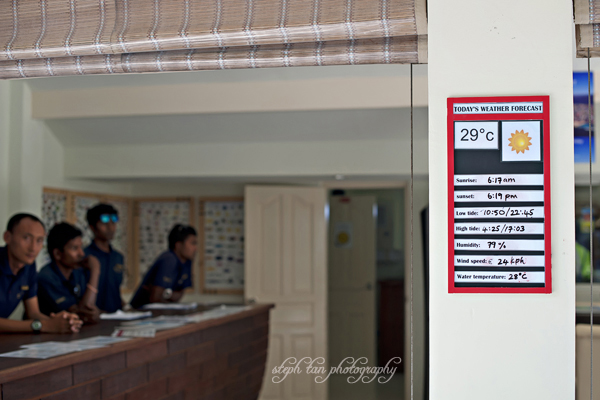 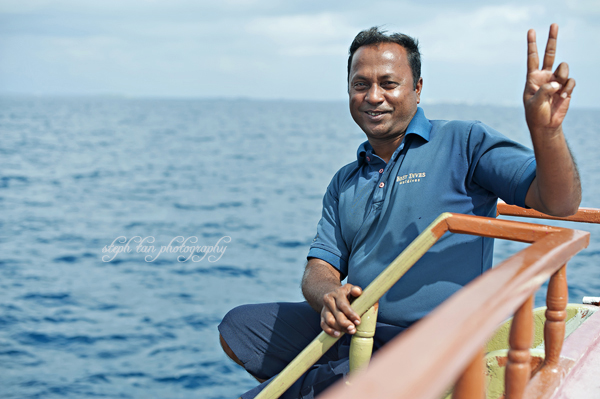 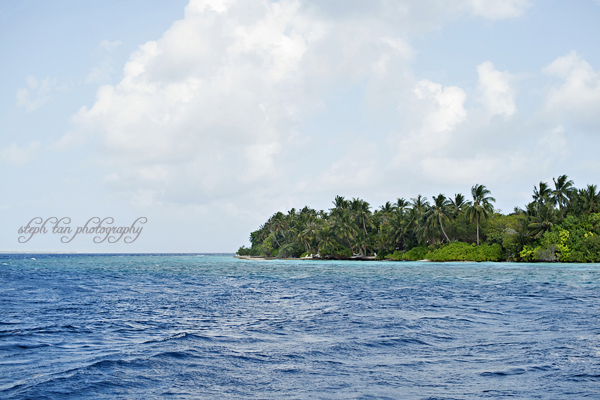 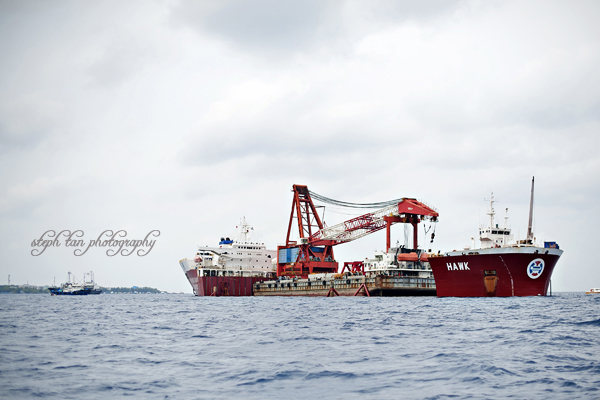