Surprised myself this trip. First surf adventure, not knowing how to swim, fighting with the unrelenting waves, deeply breathing, and reassuring myself this is not the way I will die.  There were several supportive Rip Curl instructors hawkishly watching, and I knew M and M were surfing around. While there were several moments along the way when my feet couldn't feel the sand, we didn't go beyond chin-deep waters. These were things that were reassuring to know.

Survived, though I was terrified and frustrated. What doesn't kill you makes you stronger, eh? Managed to stand on the little waves for a fraction of a second, enough for the photographer to get a few encouraging snaps. Those little wins were like a quick recharge of boundless energy. A second standing up, conquering fear, and flowing with board on waves, provided fuel and inspiration to weather through the dozens of falls and fumbles in between. Immensely fun, especially if you prepare for scratches and bruises.

Let me do more planks and warriors, finally learn some basic swim techniques, and build more water confidence. And one day in 2017, I'm going to ride reasonably-sized waves with some semblance of grace. And so it is written. 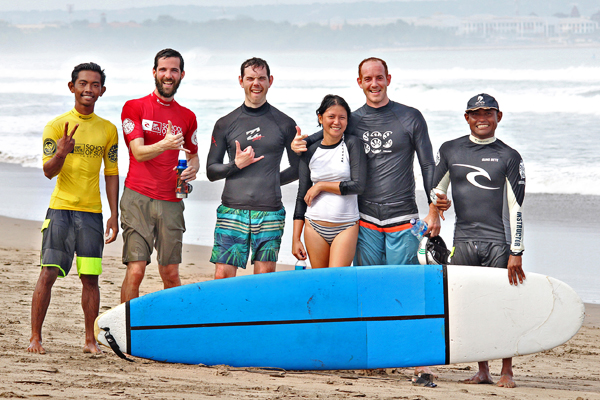 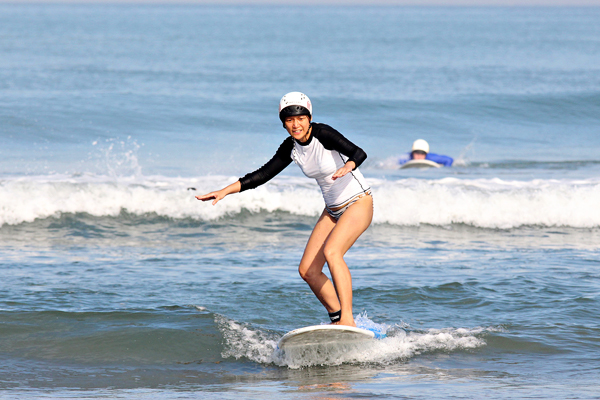 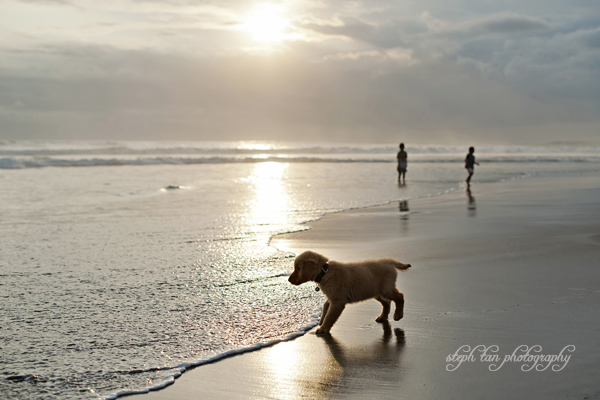