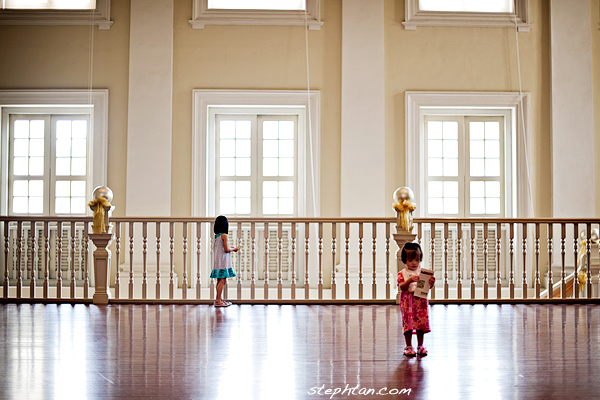 since moving to singapore in 2006, i've never been inside the asian civilizations museum until i had to wrack my brain on a new place to bring the kids for some new learnings. 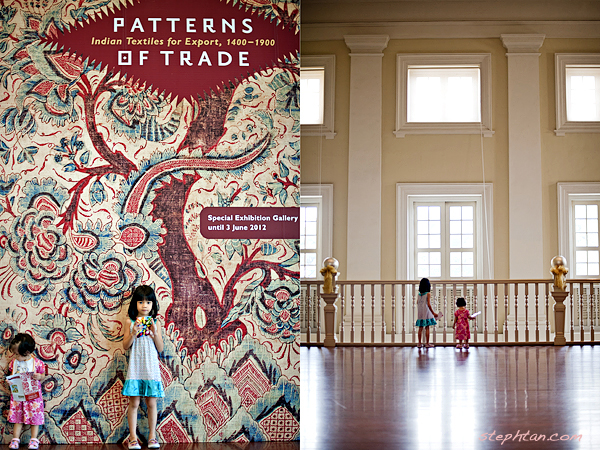 red tottered along as we learned more about how people lived before our time. roo was particularly attentive to this mural of workers sharing a bunk. she likened it to her sharing a room with red. not even close, darling! 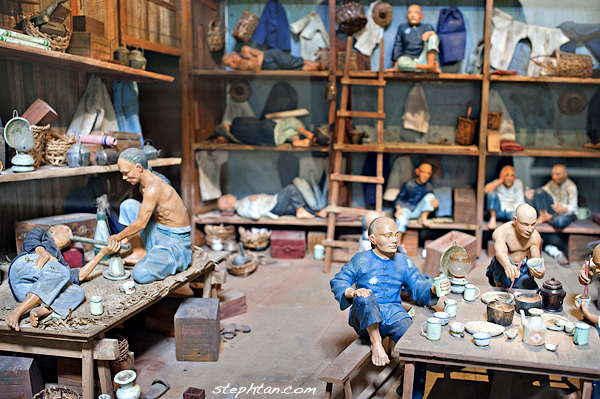 here's H explaining to a rapt audience of two. 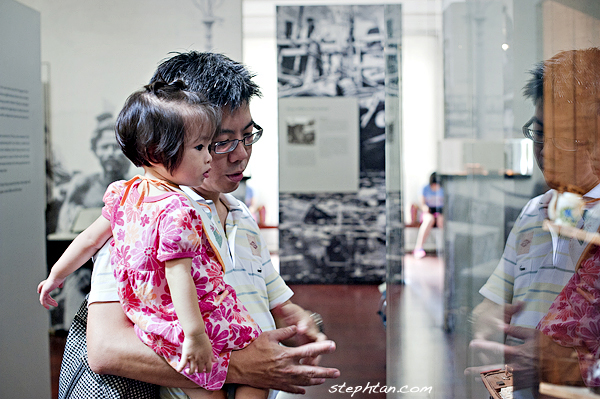 though i don't speak a word of chinese (except for 'elephant'), i have always found chinese writing beautiful. whenever roo works on her assignment and completes pages upon pages of chinese words, i beam with pride even though i have no idea whether what she's written is correct. 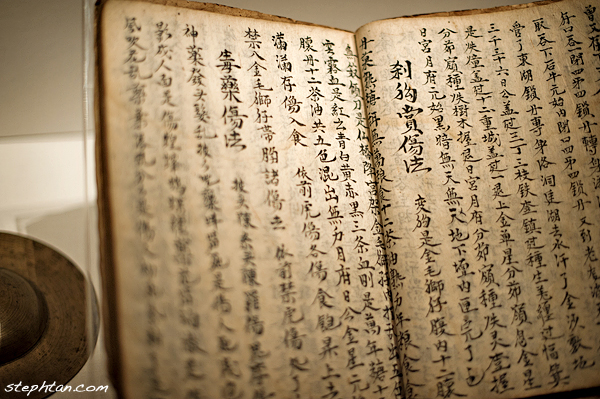 lovely detail on these metal works. the one on the left is a cup from the tang shipwreck which was an arabian dhow found off the coast of belitung island, indonesia. it carried trade shipment from africa to china, and was dated to have sailed around 830AD. this was of particular interest to us because we were in penang more than a year ago to see the jewel of muscat, which is a replica of the arabian dhow from which the tang treasures came from. :) 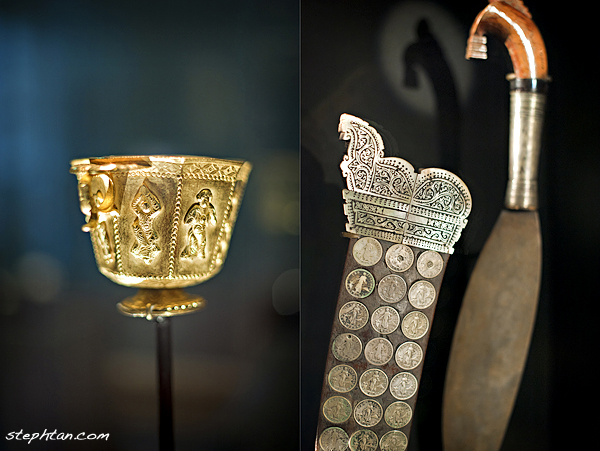 not certain if the writing below is sanscrit, but all the curves and whipping arches just make me want to smile. :) 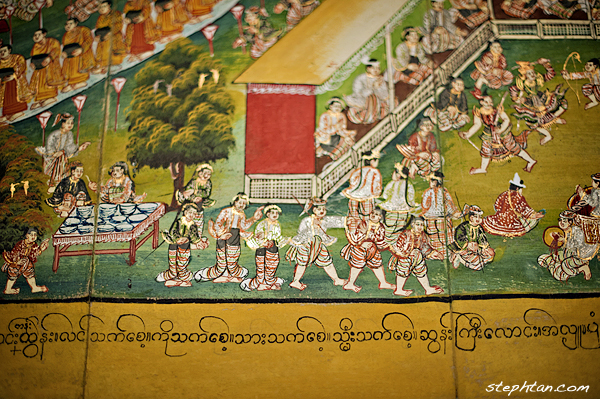 red totters along unassisted from one gallery to the next... 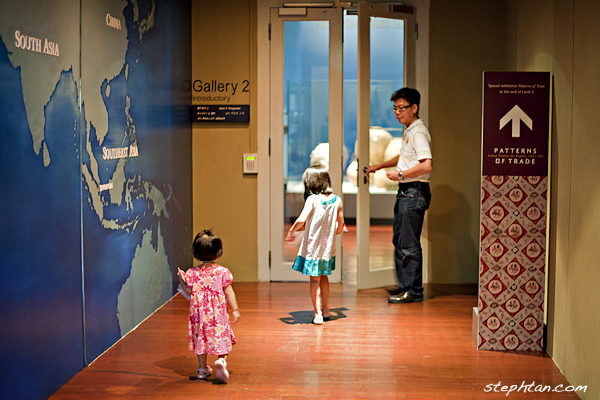 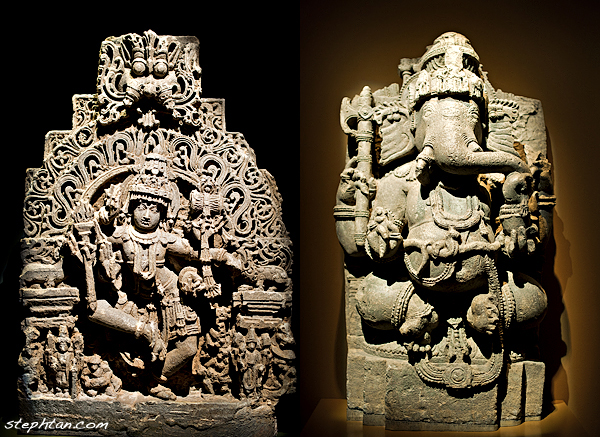 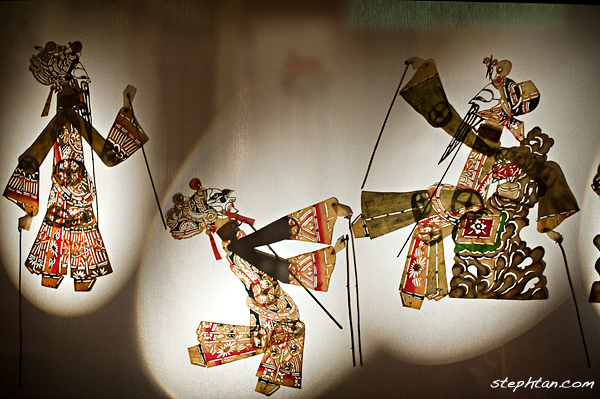 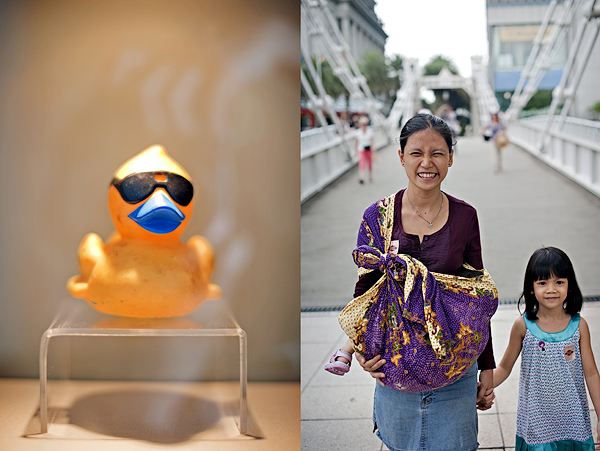 red fell asleep midway through the museum walkabout, but roo enjoyed looking around and getting adult-sized explanations whenever she asks about anything. stay curious and stay silly, my angels. 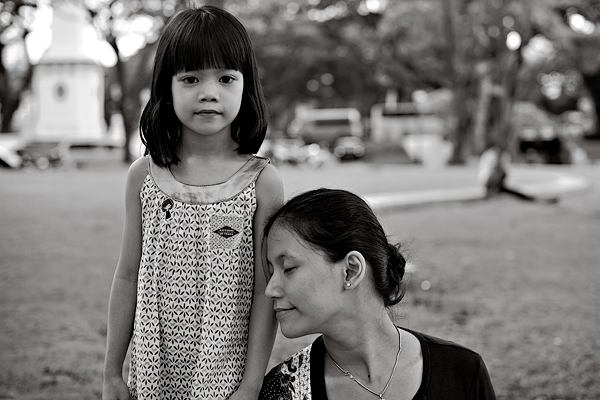 You ought to take your girls to the Singapore Science Centre. My kids just LOOOOVE that place!

Yes, we've been to the Science Center several times and have loved it every time. Buzz if you and the kids are in SG!