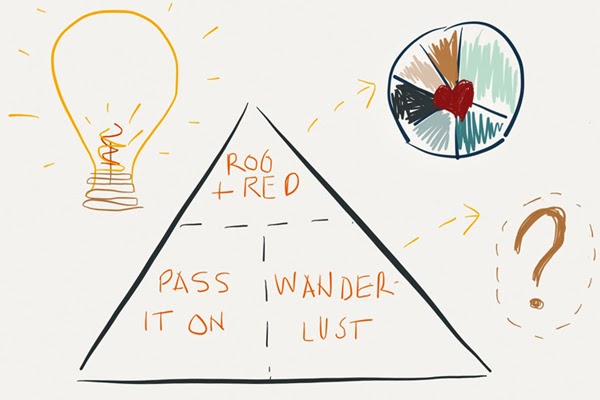 Power of Lists, an earlier piece, kicks off this journey of awareness which will I hope will lead to informed, intentional, and meaningful choices in the way I invest my time and efforts.

With endless things to do and very human limitations, it is essential to have a clear vision of what's important, set goals to define what success looks like, and then map out the best way to get there.  It sounds very similar to those mission-vision exercises I scoffed at in school, but now, I recognize its value. To be a better, happier person (or family, organization, or even business), you need to define your purpose and mission. After all, how can one NOT sweat the small stuff, if the big stuff aren't crystal clear.

Why do you do what you do? With a zen-like approach, I narrowed down my magic three (3) -- why I wake up in the morning, my self-defined purpose. At the end of considerable introspection, it all boils down to: #1 Roo & Red, #2 Passing It On, and #3 Wanderlust.

That doesn't mean I'm not going to work on growing my business, honing my craft, or building a worthwhile career. However, it's clear to me that those are among my 'how's rather than a critical 'why'.

WHAT DOES SUCCESS LOOK LIKE?
For objectives like Wanderlust, the how and what are relatively straightforward. For Roo & Red and Passing It On though, it can be very complex.

Focusing on #1, I've had a vague idea of the grown-ups I want to help Roo & Red become. That said, I admit that most of my parenting thus far was reactive rather than intentional. It's an ever-changing thing depending on my mood for the day, and the intensity of  everyday challenges. 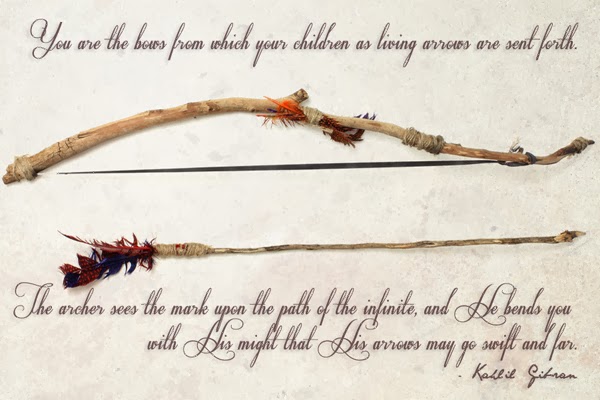 It's hard to capture key values. I tended to want something perfect. It takes time and a heavy dose of reality to crystalize a vision of what would be enough. My children will make mistakes. No one is perfect. But I would like them to aspire to these values:

Kindness to consider others with their choices, and to always remember that everyone in every walk of life is an equal, a sister, a brother.

The courage to seek to understand all sides to a story, and based on that, do the right thing.

And the determination to take on worthy challenges, and the persistence to see them through to conclusion.

It's a strange thing to spell it out in black and white. In a way, it highlights my personal failings, and puts into stark comparison what I've been telling my kids as well as what I've been showing them. Have I been consistent in driving these messages with my own actions?

So that's clearly something for me to work on: To parent with intended goals, to lead rather than react, and to be mindfully aware that the little ones learn much more from my actions rather than my words. 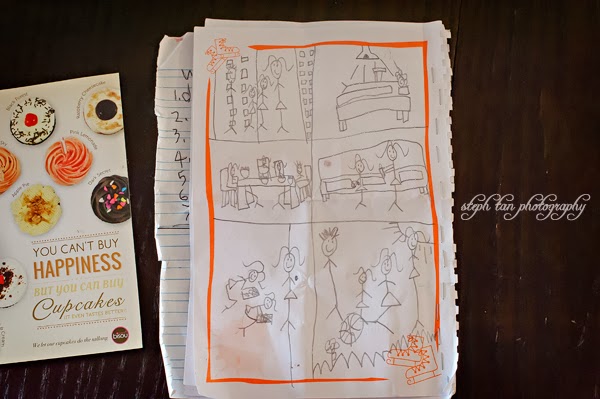 Currently, I've got room to breathe. The sensitive issues of teenage years are still a distance away.
Against the backdrop of Roo's Love Letter, where she expresses her gratitude by drawing stick figures of us playing in the park, reading a storybook, doing art stuff, and eating together, I almost feel like maybe I'm enough of a mother. These, along with their honest-to-goodness full-bodied hugs, are my 'prizes' -- nuggets of beauty to keep me going, and hopefully, in the right direction.

However, there is one measure of success that I might not be able to gauge until much much later: I wonder, what kind of people will they consistently choose to be when they think no one is watching?

This is part of an ongoing introspective on Mindfulness, called Project 168:

A great inspiration too, Steph:).

Thanks PC! Using this as a reminder to myself too. Some days are more challenging than others. :)